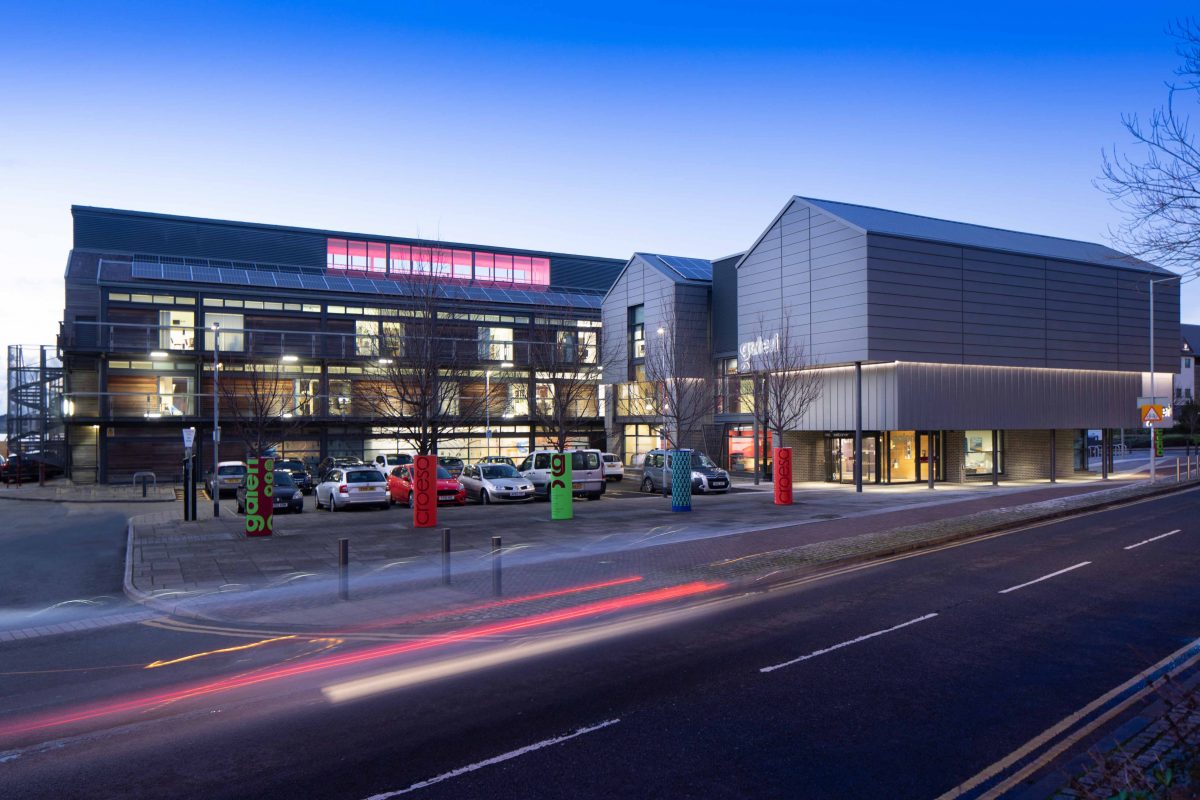 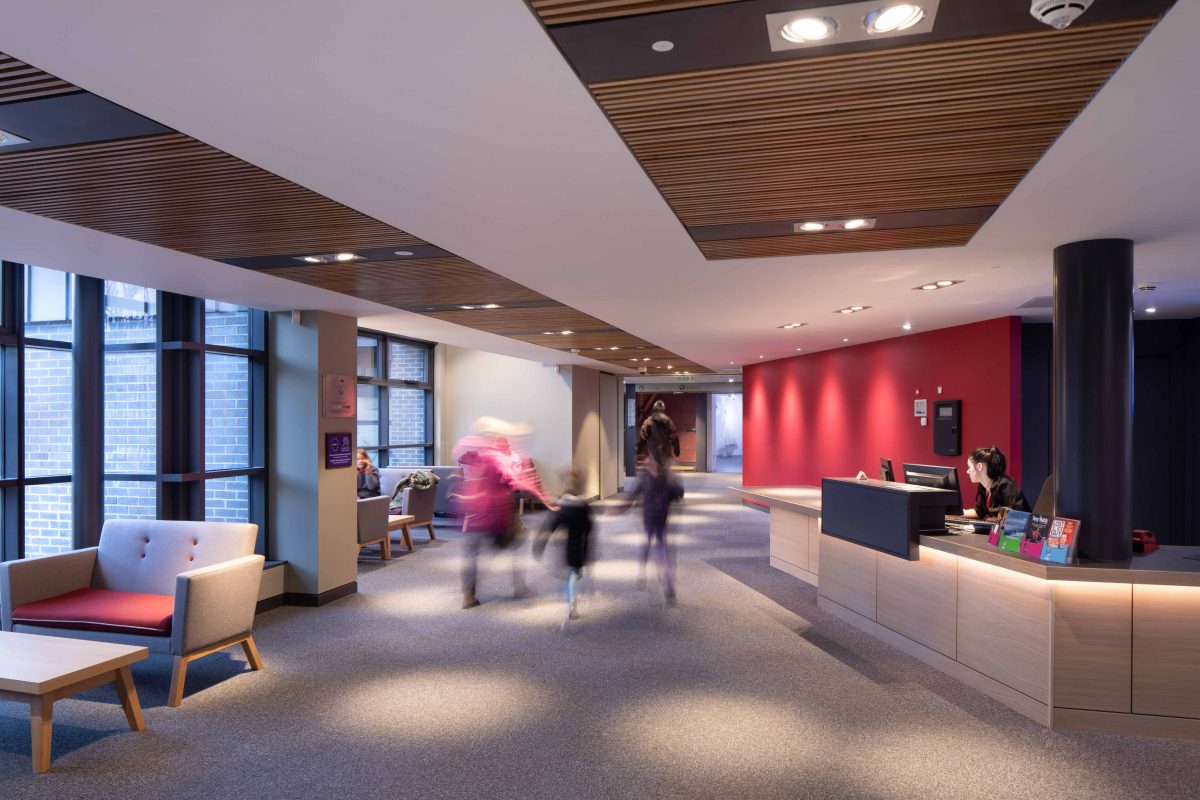 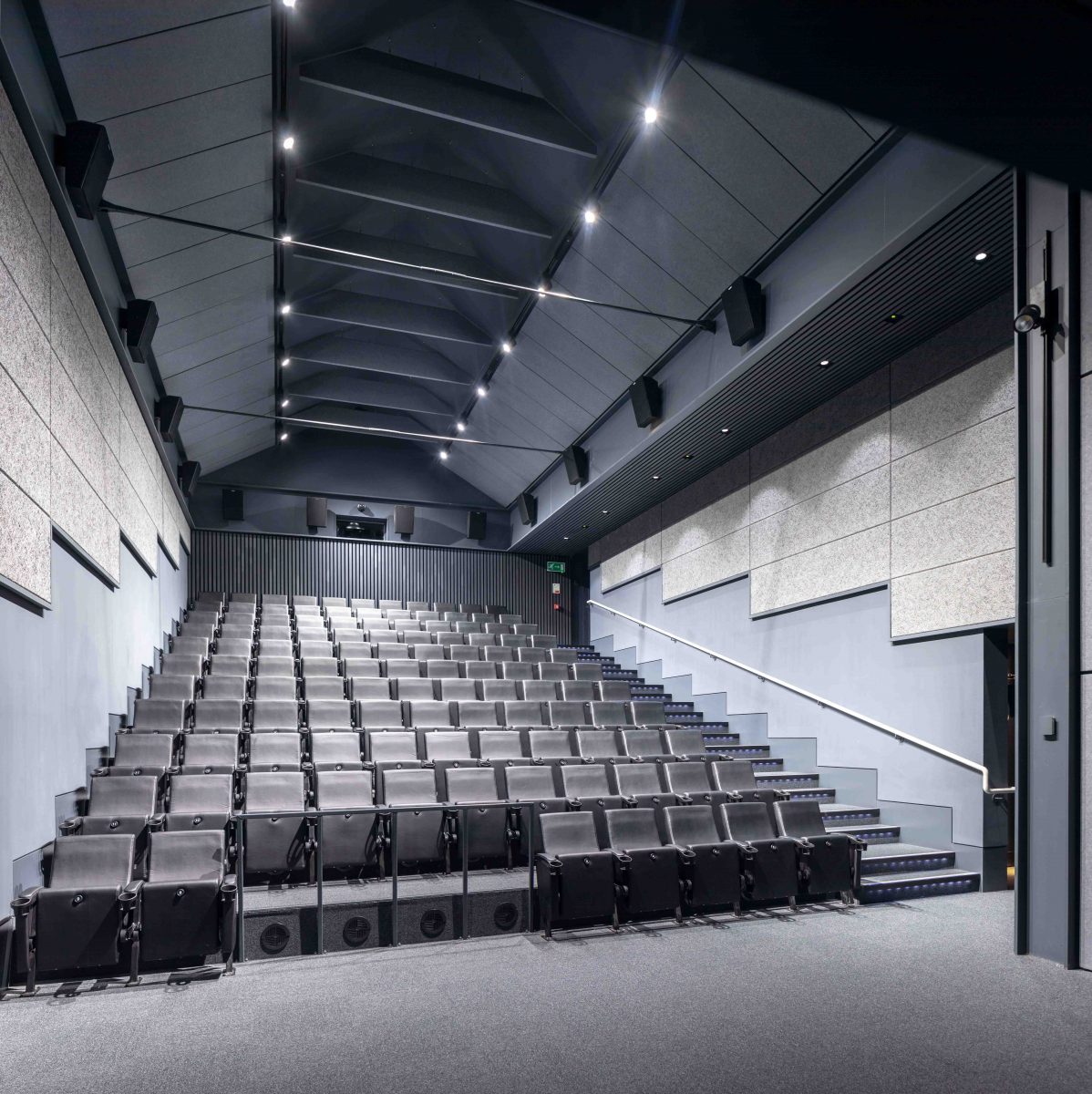 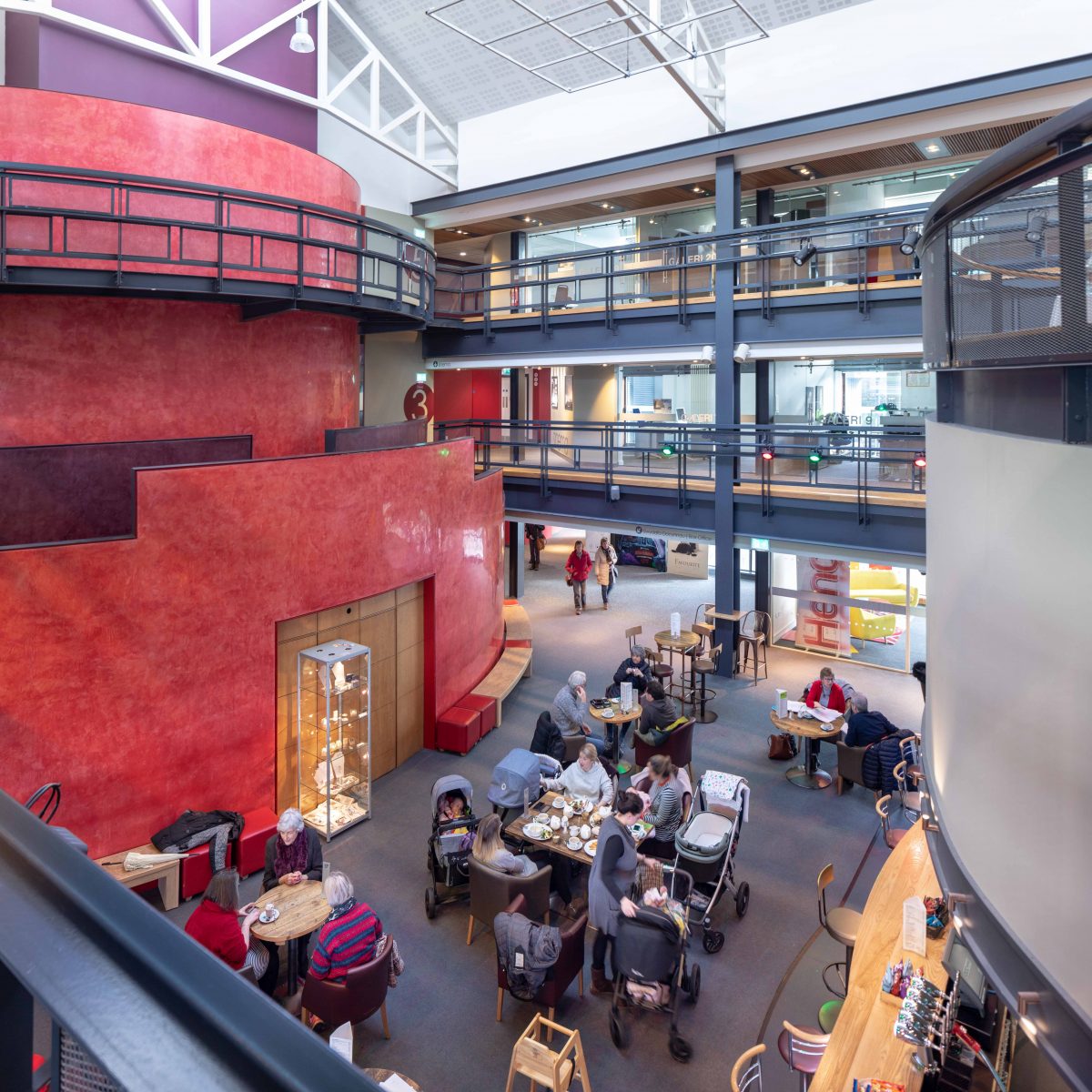 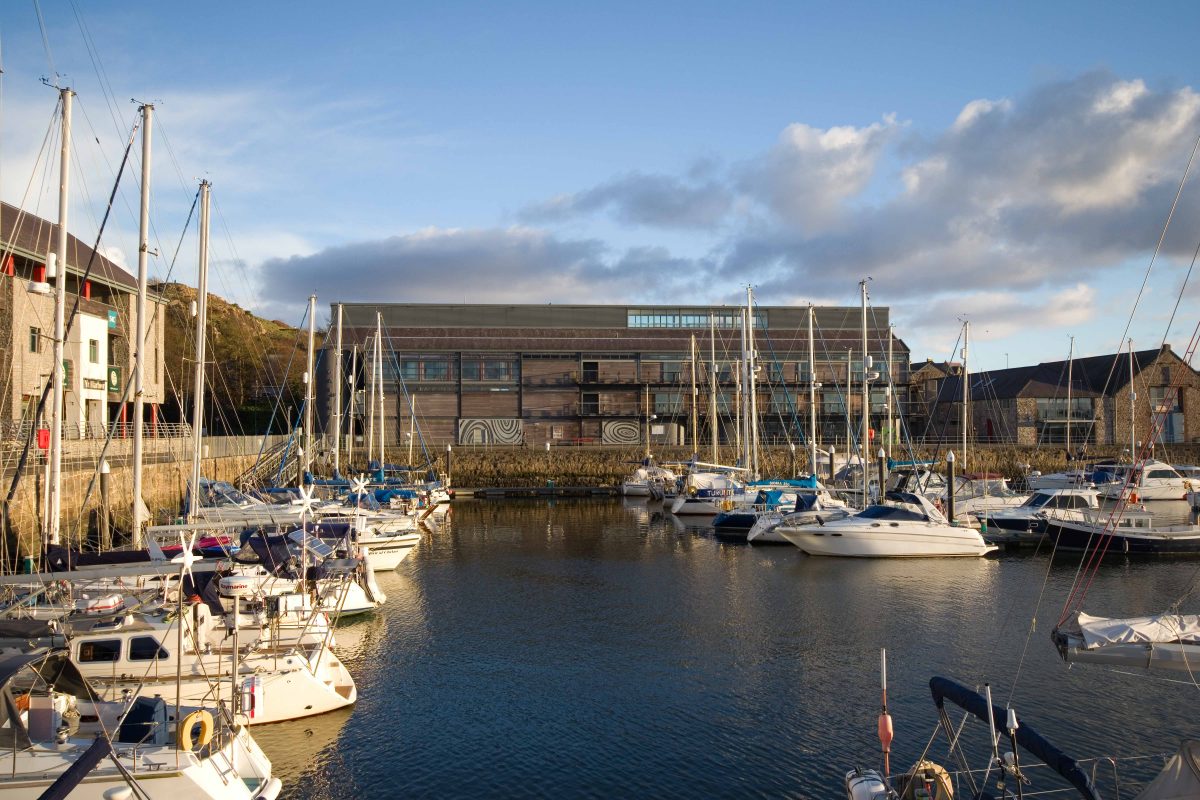 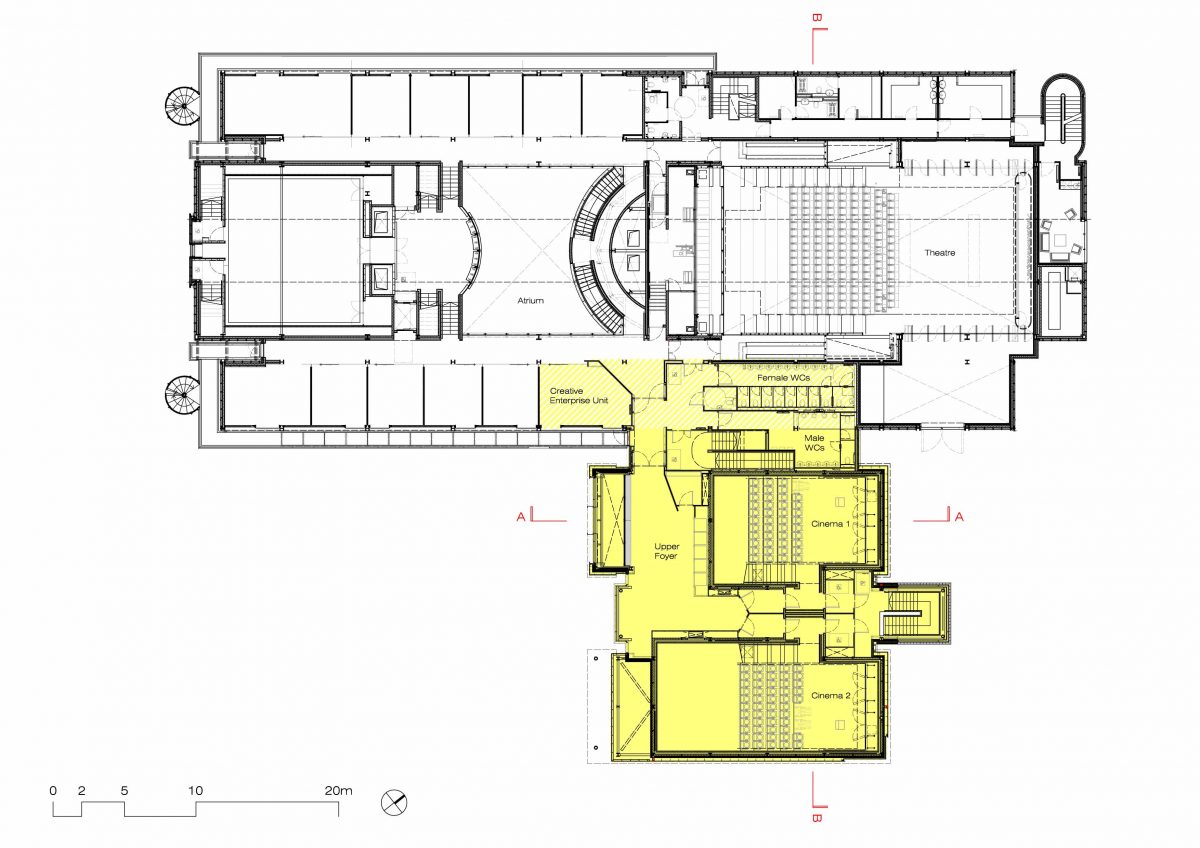 Three main phases of development have brought about the Galeri Caernarfon, from its original conception as the Creative Enterprise Centre to the multi-use performing and visual arts, education and business hub that it is today. They could not have been possible without the vision and commitment of the client body, Galeri Caernarfon Cyf Development Trust, and in particular their chief executive, and their ongoing vision that "anything is possible…through creative thought and sustainable action".

To realise this vision, Galeri selected a design team of outstanding calibre, capable of producing a building which would be both appropriate to both its historic setting on the Victoria Doc quayside, overlooking the Menai Strait, and inspirational in its external and internal design so that it would aid the economic resurgence of the town. The success of the relationship between client and architect was such that they have now worked together on all three phases of the project to date, gaining widespread recognition and many awards, for the project and its impact.

Key Sustainability Points
The principal aims of The Energy Conservation & Management Strategy for the Building were to exceed current environmental legislation and approved codes of practice in line with the client’s aspirations for the building, thereby minimising raw energy consumption as far as is practicable and commercially viable.

Quotes:
Client testimonial
The original vision for Galeri was of a centre that would be alive with professional and community activities put together through creative partnerships with a range of organisations and individuals. It was to be a theatre but also, in order to ensure financial and creative sustainability, a hub for the arts and the creative industries in northwest Wales. Rentable studio and meeting spaces were additional in-built revenue generators as was the cafe and bar areas. The latter also being a vital element in the perception of Galeri as an informal social space open to all.
Since the original building opened in 2005, we have employed Richard Murphy Architects to successfully extend our theatre space in 2010 and we returned to them again in 2014 to design an extension to Galeri which now contains two new film theatres with seating capacities of 119 and 65 respectively at first floor level, above a new public entrance to the whole building a reception and new office and meeting space together with a shop and more creative and meeting spaces. This enables Galeri to release the existing 396 seat theatre for more mainstream events whilst at the same time enabling us to programme the latest cinema offerings on the date of release.
The extension was officially opened by the actor Rhys Ifans in September 2018 to unanimous popular acclaim. The extension has completed the Centre and, although a period of 15 years separates the original building from the extension, the design makes it feel seamless both externally and internally.
Whilst the new cinema and other spaces serve more than one artistic and commercial purpose its main effect has been in transforming the whole feeling or “vibe” in Galeri and in raising the perception of the Centre as a place where there is always something happening.
As always, working in a constricted physical space with a requirement to maintain full access to a functioning, publicly accessible building had its challenges. Working with a familiar and trusted architect enabled ourselves, as clients, and the whole team to meet those challenges successfully and to deliver another new quality addition to the built environment of the historic town of Caernarfon.