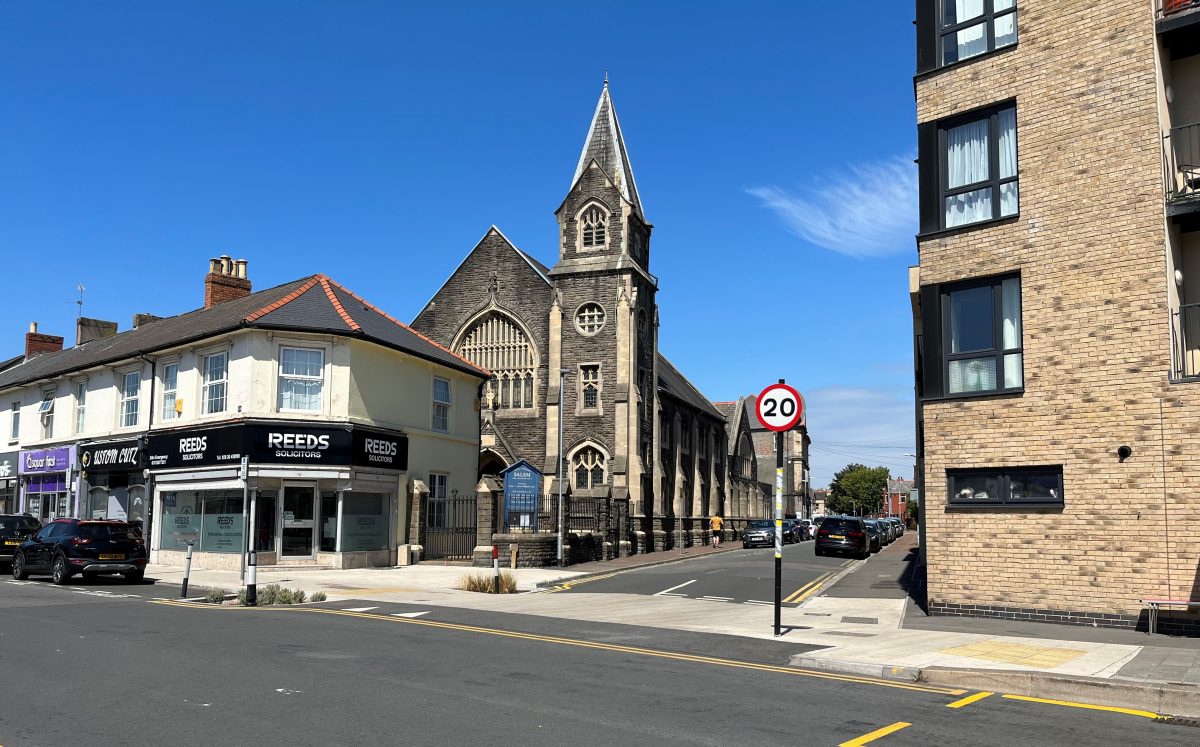 This is a discussion piece, providing ideas and prompts which we would like to hear your feedback on.

This edition of the newsletter focuses on the Placemaking Wales Charter principle of ‘Movement’, which is defined in the Charter as follows: ‘Walking, cycling and public transport are prioritised to provide a choice of transport modes and avoid dependence on private vehicles. Well designed and safe active travel routes connect to the wider active travel and public transport network, and public transport stations and stops are positively integrated.’ Designing for movement also touches on the ‘Public Realm’ principle, which is defined in the Charter as follows: ‘Streets and public spaces are well-defined, welcoming, safe and inclusive with a distinct identity. They are designed to be robust and adaptable with landscape, green infrastructure and sustainable drainage well-integrated. They are well connected to existing places and promote opportunities for social interaction and a range of activities for all people.’

Walking, cycling and public transport are prioritised in Llwybr Newydd, the Wales Transport Strategy, which sets out a Sustainable Transport Hierarchy. This hierarchy contains, in order of priority: Walking and Cycling, Public Transport, Ultra-low Emissions Vehicles, and then Other Private Motor Vehicles. The hierarchy is also embedded in Planning Policy Wales 11 (PPW11) which states that ‘it is Welsh Government policy to require the use of a sustainable transport hierarchy in relation to new development, which prioritises walking, cycling and public transport ahead of the private motor vehicles’.

If pedestrians and cyclists were prioritised, new developments would consider, at the site selection stage, whether likely active travel routes to local schools (both primary and secondary, and Welsh-medium, dual-stream and English-medium), local nurseries, local village centres, and local shops, pubs and restaurants can be accessed, and used safely. Likely active travel routes would have safe pavements and cycling routes, and this would be prioritised, in order to reduce dependence on cars from the outset.

At signalised junctions pedestrians would be prioritised by reducing wait times, along with cyclists and buses.

Continuous pavements across side streets would be designed into new development as standard and retrofitted in existing places.

Streets would have frequent crossing points for pedestrians to cross safely.

If pedestrians safety and comfort are to be prioritised, where appropriate streets would incorporate street furniture and greenery, as green streets feel cooler on hot days, and provide visual interest and a connection to the changing seasons. Pavements would be regularly cleaned and maintained, with regular refuse collection, and pavements would contain clean and well-maintained seating and rest areas at regular intervals.

Creating pleasant routes would be considered at the earliest design stage of new developments. This could include street trees near the cycle routes in order to keep cycle routes cooler on hot days, or easily accessible and clearly marked facilities including WCs and water refill stations alongside cycle routes.

Cycle paths would be direct, and maps of the cycle network would be readily available on the internet.

Cycle paths would allow enough room for comfortable turns. Barriers would be spaced with enough distance from one another for cyclists to be able to comfortably cycle between them. Like pavements, cycle routes would be clean and well maintained, without litter. They would also feel safe, both from motor vehicles, and perceived safety around crime.

Public transport would be one of the easiest ways to access and get across towns and cities, with regular and direct services. The challenges to delivering this are systemic, and relate to wider transport planning and funding, but in order for places in Wales would be well-connected via bus, train, or tram, these issues would need to be addressed.

In urban areas, existing bus infrastructure would be improved in order for cross-city bus services to more closely resemble car driving times. This could be aided by junctions and traffic signals prioritising buses over private motor vehicles. Banning cars or reducing the number of car lanes from key roads could also make bus journeys quicker for bus passengers.

The necessary infrastructure for charging and maintaining these vehicles would be designed in at the outset. If electric vehicle ownership is to drastically increase over the next few years, the existing power infrastructure in certain areas may not currently be equipped to deal with the level of demand of charging the vehicles, therefore it is important that this capacity for vehicle charging is designed in at the outset.

EV charging would be easier, cheaper, and more convenient than refuelling a fossil fuel car, in order to encourage modal shift, regardless of where you live.

Car sharing, of both ultra-low emissions vehicles and other private motor vehicles, would be designed into and become an inherent part of the business plan for new developments.

Private vehicles would be accommodated to provide choice and provision for those who need it, but speed limits in built-up areas could be reduced to the average walking speed. Places would be easily accessible by safe footpaths, cycle routes and public transport so that not everybody needs a car and therefore Cars would not dominate the design of places.

What changes have you implemented to address the sustainable transport hierarchy?

Are there any case studies that you think have been particularly successful in implementing strategies that prioritise pedestrians and cyclists?

What barriers are in place that stop us from being able to design following the transport hierarchy?

Please let us know by tweeting @designcfw or emailing us placemakingwales@dcfw.org