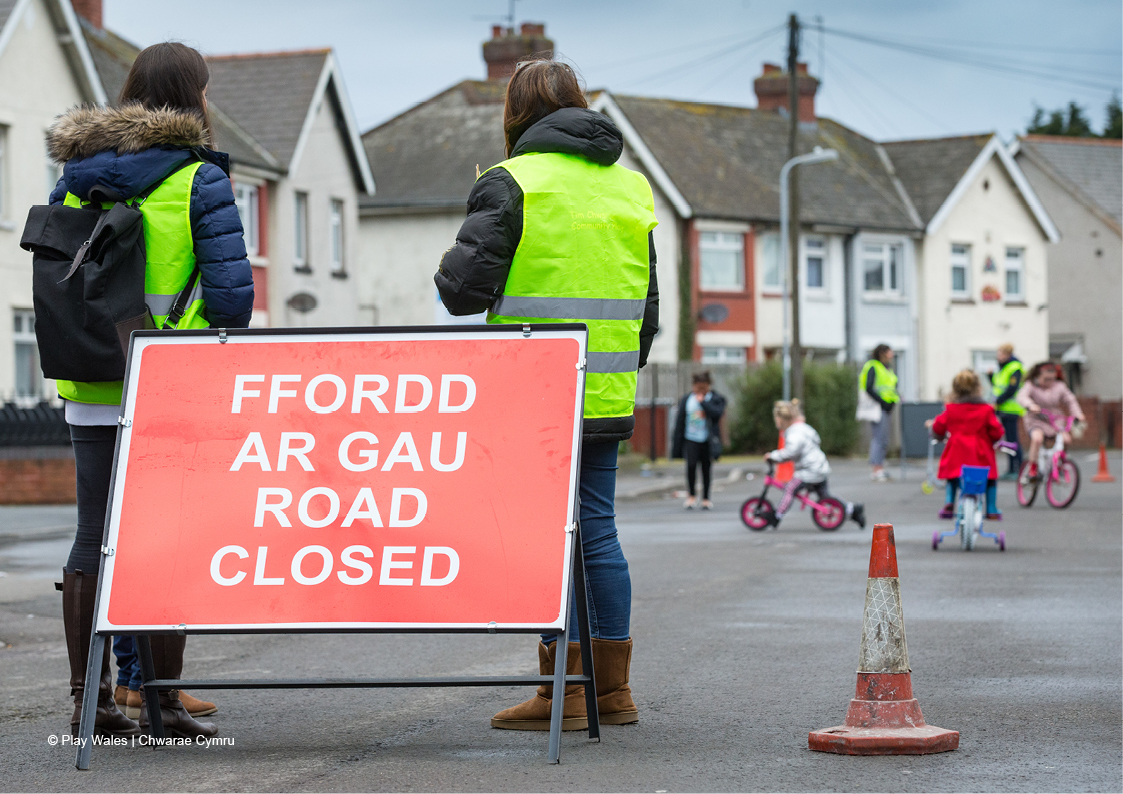 Playing is central to children’s health and well-being.  It is one of the most important aspects of their lives; however, they report barriers:

“There are two reasons why we wanted to bring a play street to our neighbourhood. First is how dangerous the road is outside our house.  Having a moment to breathe easy and know our children are safe to be out in the place where they live is a step towards the future we’d like to see.

The other thing is building community, feeling a sense of belonging to the place where we live and the people who we live nearest to.

Our son played with other local children who he wouldn’t have got the chance to meet otherwise.  He was so happy to be free to run and ride his bike. We also conjured playfulness from local teenagers who enjoyed the massive bubbles. It was a thoroughly intergenerational time - we were aged from under 1 to 70+. We really did bring people together!”