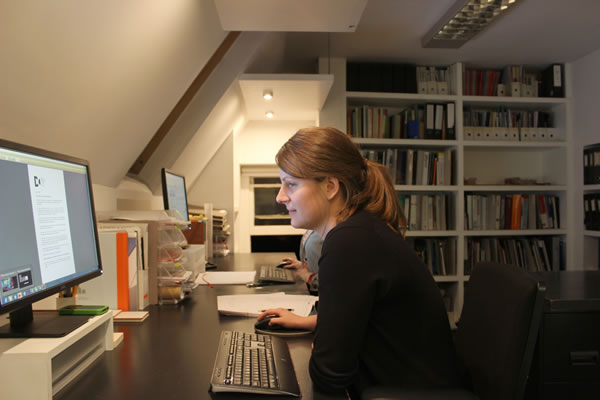 Originally from Chiswick, West London, Victoria Coombs studied Architecture at Cardiff University’s Welsh School. Having worked in London for a short time after University Victoria returned to Wales and has for the last five years worked at Loyn & Co Architects, Penarth, in the Vale of Glamorgan.

What or whom most inspires you?

People and Nature. Whether it be a designer or a strong individual who is passionate about what they believe in and who is striving to improve the world around them. Listening to someone talk about a subject that they are really passionate about is truly inspiring. I find nature completely awe inspiring, whether watching a gray whale protect its calf from an Orca attack, to watching egg collectors in the Arctic on Frozen Planet, I find it utterly breathtaking.

What’s the most beautiful thing you’ve ever seen?

The most beautiful thing I have ever seen was the Cenotes in Mexico. Underground pools with a sinkhole above your head giving you a view to the sky. The pool I swam in had an ancient tree growing out of it towards the hole and there were birds circling and chattering around the branches, occasionally dipping into the pool for a bath! It was the most peaceful place I have ever been.

What are you working on right now?

I am currently working on a project for eight mews houses on Conway Road in Pontcanna. Pontcanna is a charming area and we are aiming to add to the character of the place with the insertion of these houses and their main courtyard into a piece of leftover space. On a larger scale we are also working on a proposal for the first phase of residential development at Porth Teigr. Here we are trying to use simple moves and an everyday, human scale form of townhouses inspired by Amsterdam’s canal-side plots, along with traditional back to back terraces, to create a unique set of houses and a hierarchy of spaces where people will want to live, work and play.

Tell us about your favourite place, building or object and why you love it?

Architecturally my favourite buildings would have to be Alvaro Siza’s pool in Porto, and the Barragan House in Mexico City. My favourite place used to be down by the river at Chiswick Staithe, the housing development where I grew up. I also love the hustle and bustle of Trafalgar Square and eyeing up the latest addition to the fourth plinth. Closer to home it would be Llandaff and Pontcanna Fields. I think its parks are one of Cardiff’s best assets and whether the trees are glistening with rain or glorious sunshine I am always happy to while away a few hours here, generally walking my dog, Woody.

Which project do you wish you’d been involved with?

I would have loved to have been involved with the development for Pierre d’Avoine’s Slim House. My tutor introduced me to the project in my second year and I could not believe that it had not succeeded in revolutionising the traditional terrace design. It is such a simple concept and yet so strong, managing to embrace ideas of community self sufficiency and address the way we live now, introducing internal courtyards, natural light and new volumes into a normal terrace house. Similarly I am in love with the design of Jørn Utzon’s Courtyard Houses – I think they epitomise an ideal way of living. At a much larger scale I wish I could have been involved with the design of Hammersmith Broadway. Having walked through it twice a day everyday for most of my secondary school years I think it is such a key piece of infrastructure both in terms of a transport hub but also in terms of knitting together the now more disparate parts of Hammersmith that surrounds it. I think the master-planning stages of its design could have been really interesting.

What do you consider your greatest achievement?

I am not sure really. I have done a lot of things that I have enjoyed but they have all been relatively small in the scheme of things and not always had the outcome I hoped for! I lived on a narrowboat in King’s Cross for a couple of years – this was a great way of living with a lot fewer possessions and made me very aware of the resources I was using; filling up the water tank, keeping the woodburner topped up with coal and using tokens for the shower and washing machine on the mooring. When I moved the boat from its original mooring in Richmond, to Kings Cross, over the course of two days, I had the help of my mum and my friend Rosy. It felt like a pretty major achievement when we made it to Kings Cross with us and the boat still in one piece – considering none of us had any idea about navigating locks, canals or other boats before!

Who would be in your design dream team and for which client?

Rem Koolhaus, Jørn Utzon, and Alvaro Siza. Client: Cardiff Council. Brief: an urban masterplan to reconnect the centre of Cardiff with the Bay using the route along the River Taff and knitting in the surrounding communities.

What advice would you pass on to a young designer or to your younger self?

My advice to a young designer would be to trust your instinct - if an idea or solution does not feel quite right do not feel afraid to challenge yourself. Also to try and edit yourself (you do not have to get every idea you have ever had into every project!) the project will be richer for it, and to share ideas as much as possible. Talking through with someone or a group of people can enrich and develop and idea much more than one person on their own. Also the constraints that are seemingly imposed at the outset of a scheme can often be the things that end up making it even stronger as a finished piece of architecture.

If you’re a young designer – what do you need to know right now and who would you ask?

When will inviting designers to suggest ideas through an architectural competition to start public projects become the norm in the UK? This is standard practice in many European cities and as well as making architecture more accessible to the public it also makes for a much more diverse and design–conscious public realm. I guess the only people who could answer that would be the government and local developers or public organisations?

Embarrassingly perhaps, Jilly Cooper novels! In another life maybe I could be playing Polo on an estancia in Argentina.

Which piece of music gets your mojo working?

Regina Spektor’s Begin to Hope album if I need to up my game but I could listen to Goldfrapp for hours whilst just slowly working away.

Each time I go on holiday I am quite tempted never to come back! I always manage to convince myself that I am sure I would eventually get bored of drinking good red wine with some nice bread and tomatoes, sitting on a sunny terrace somewhere…