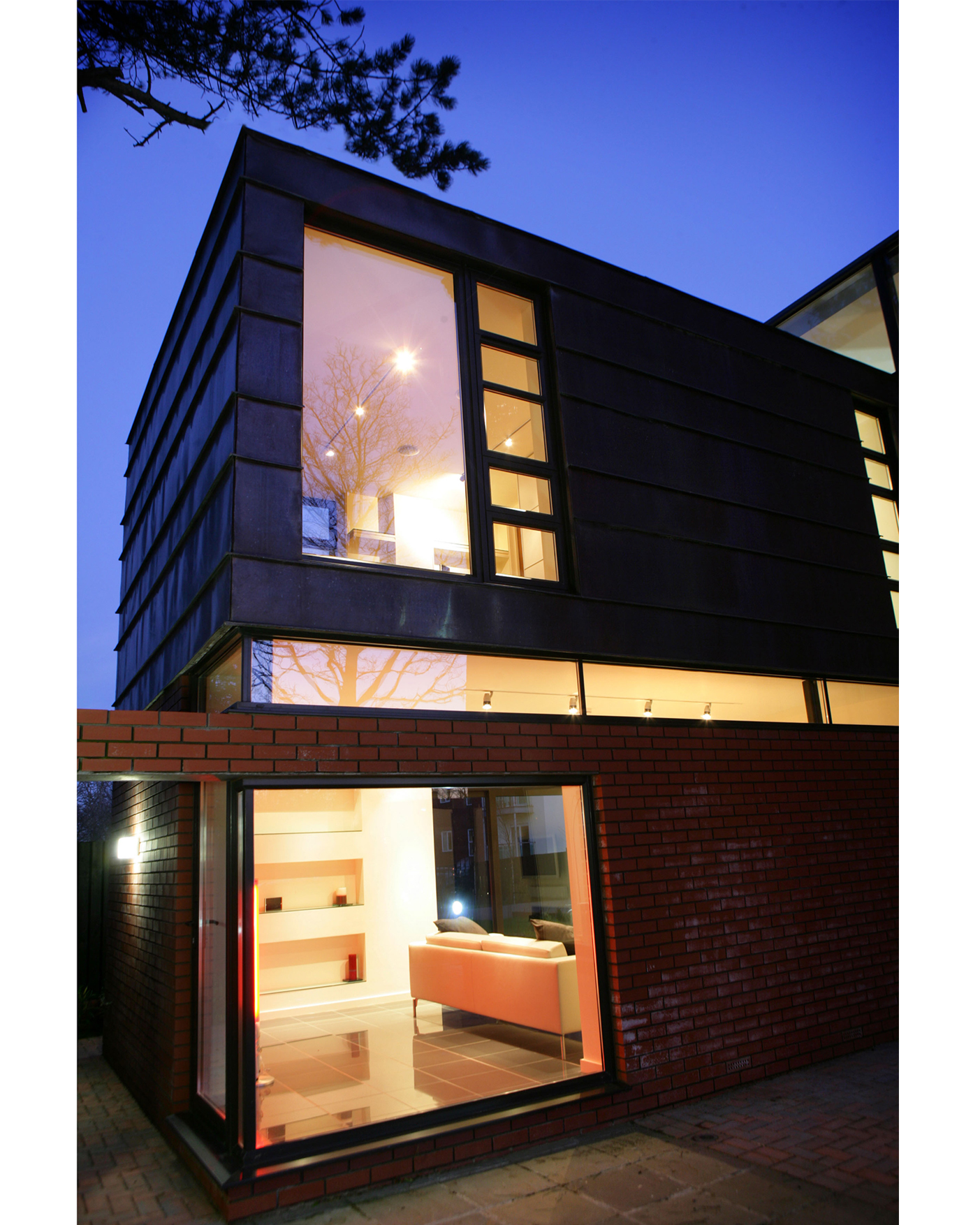 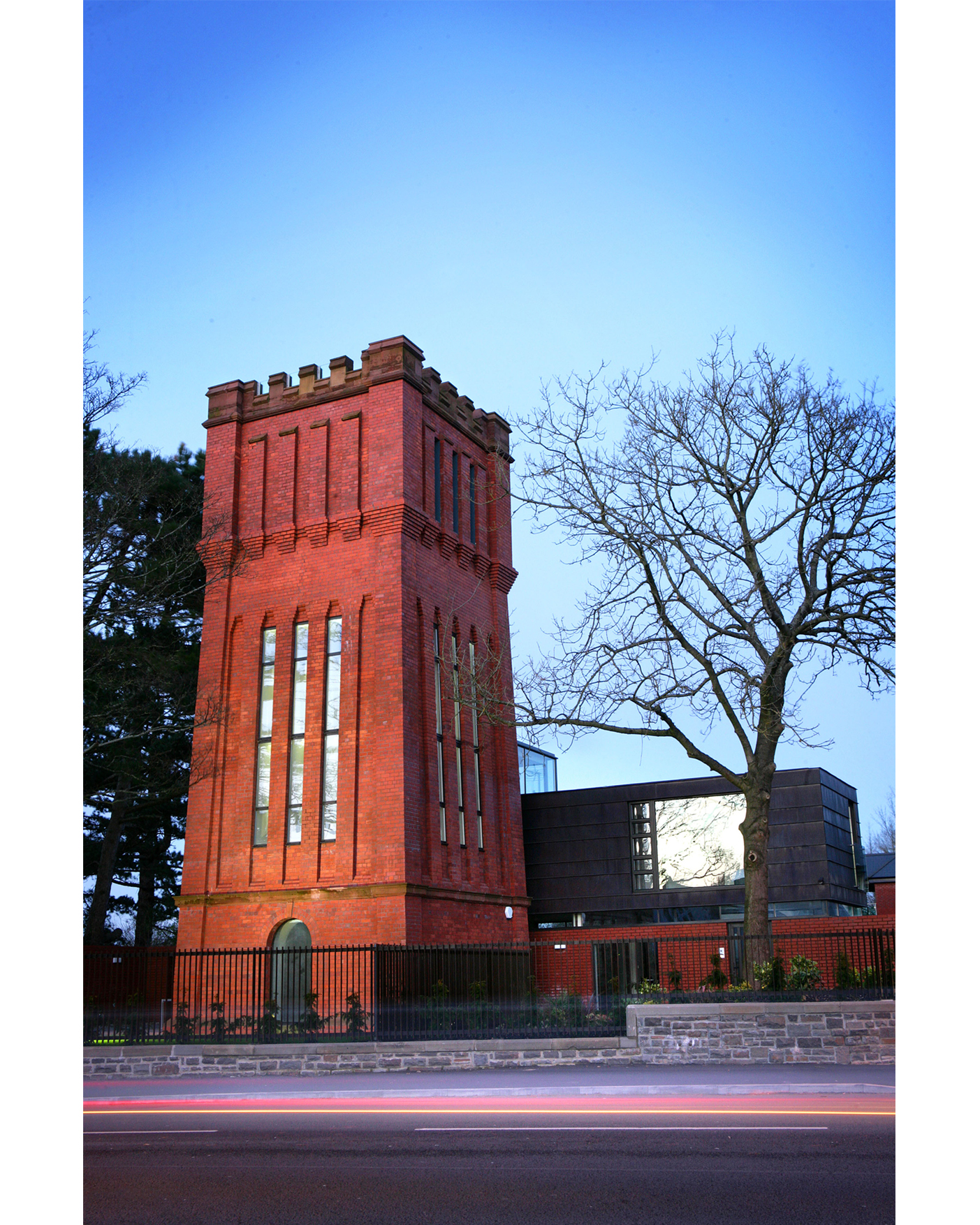 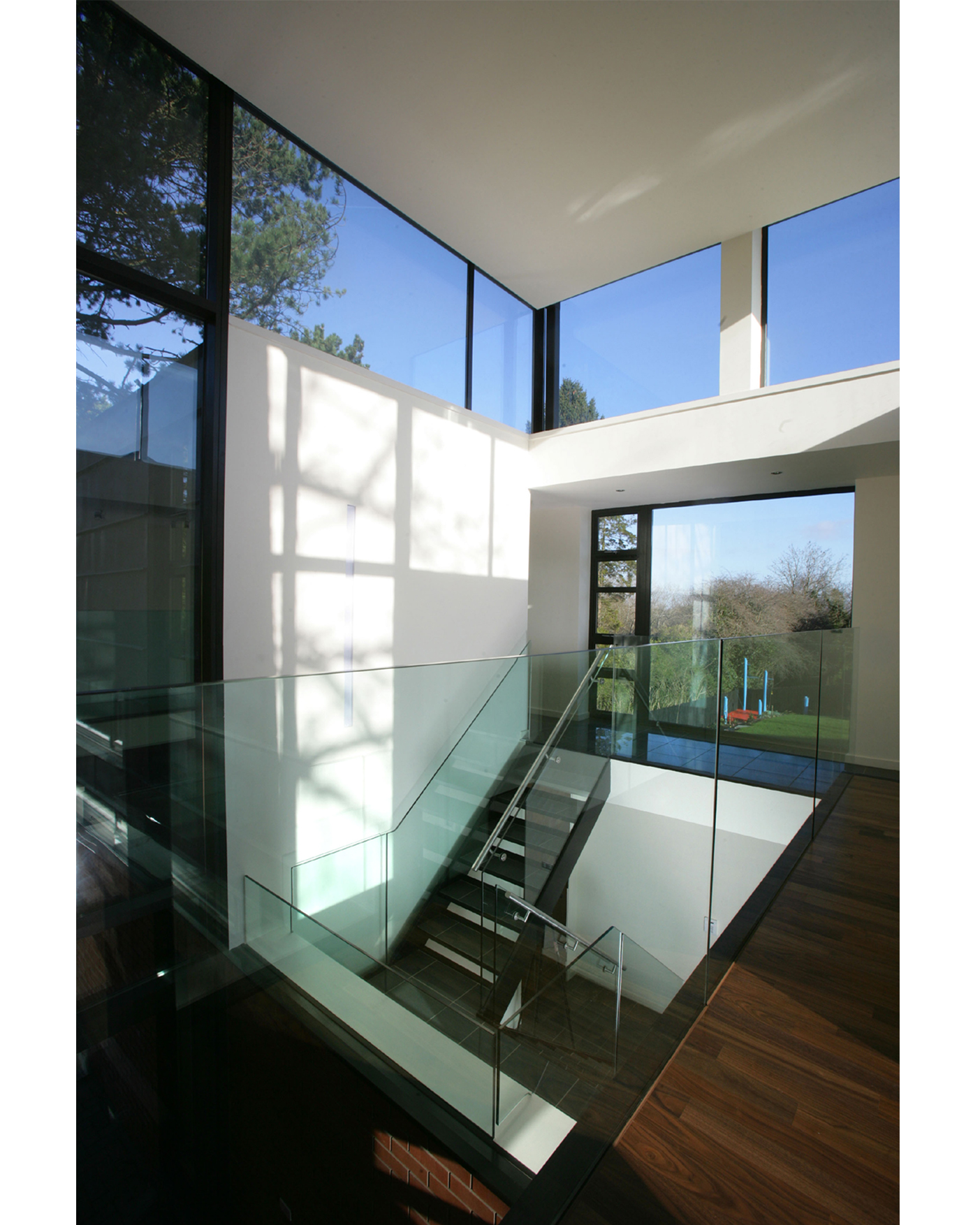 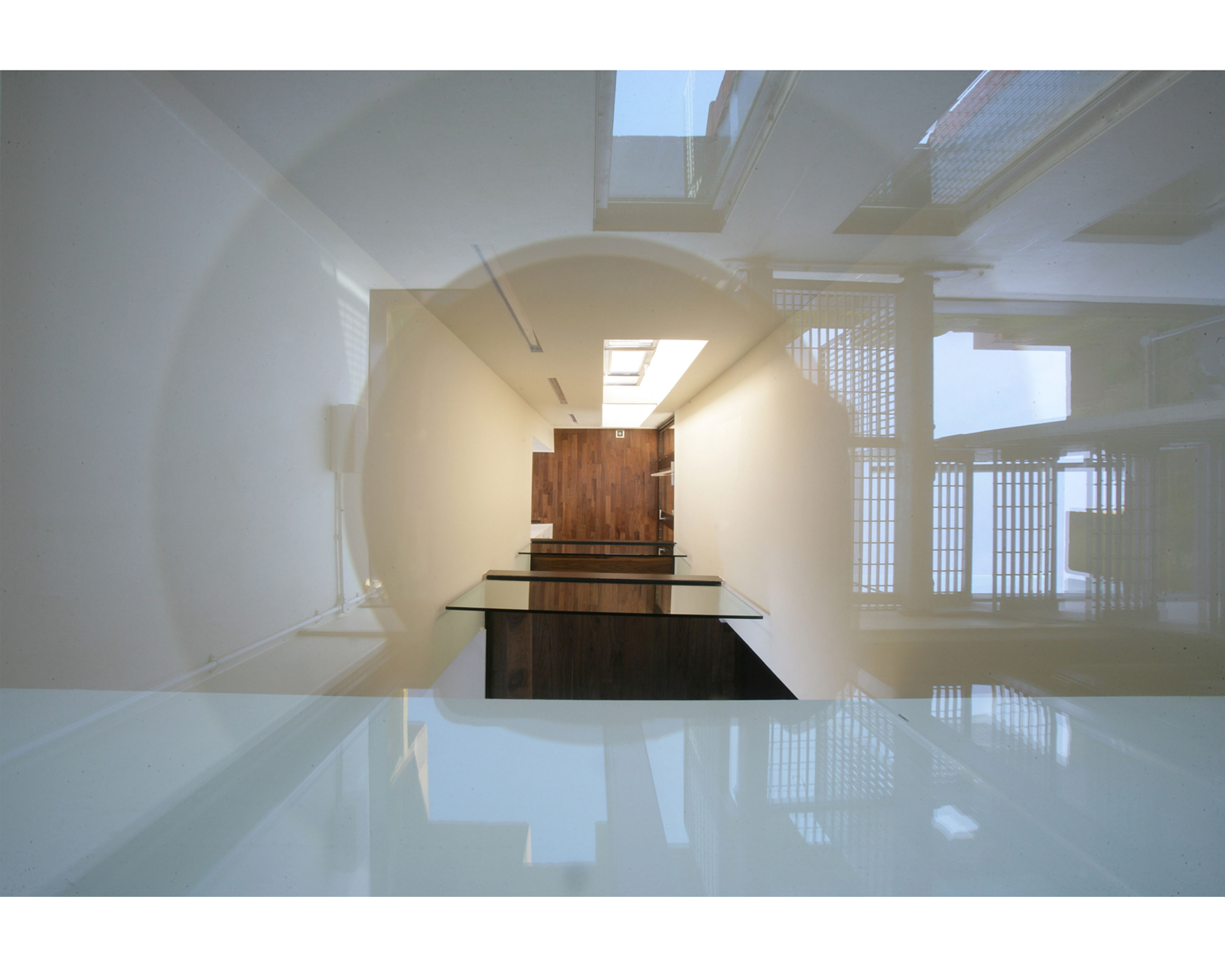 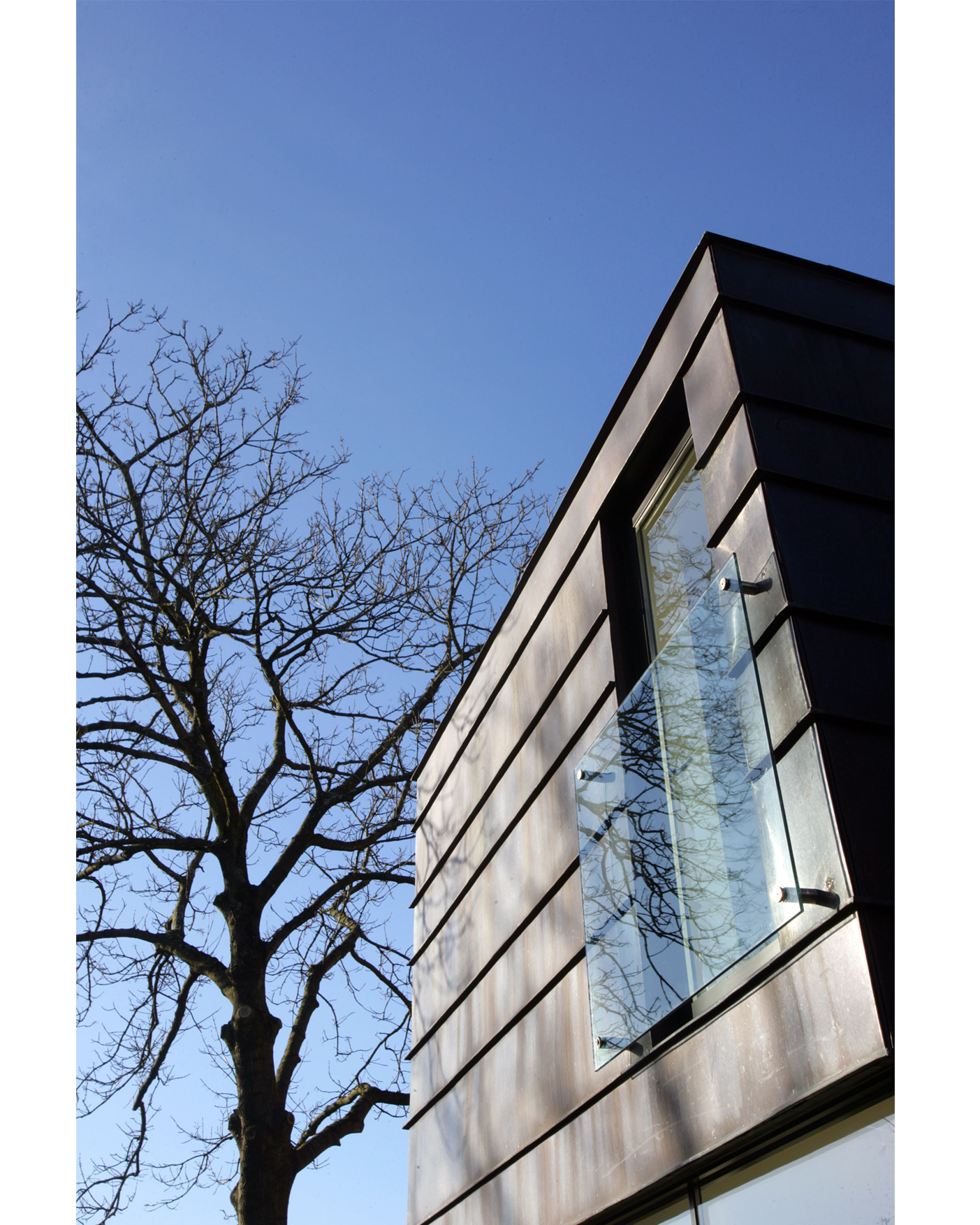 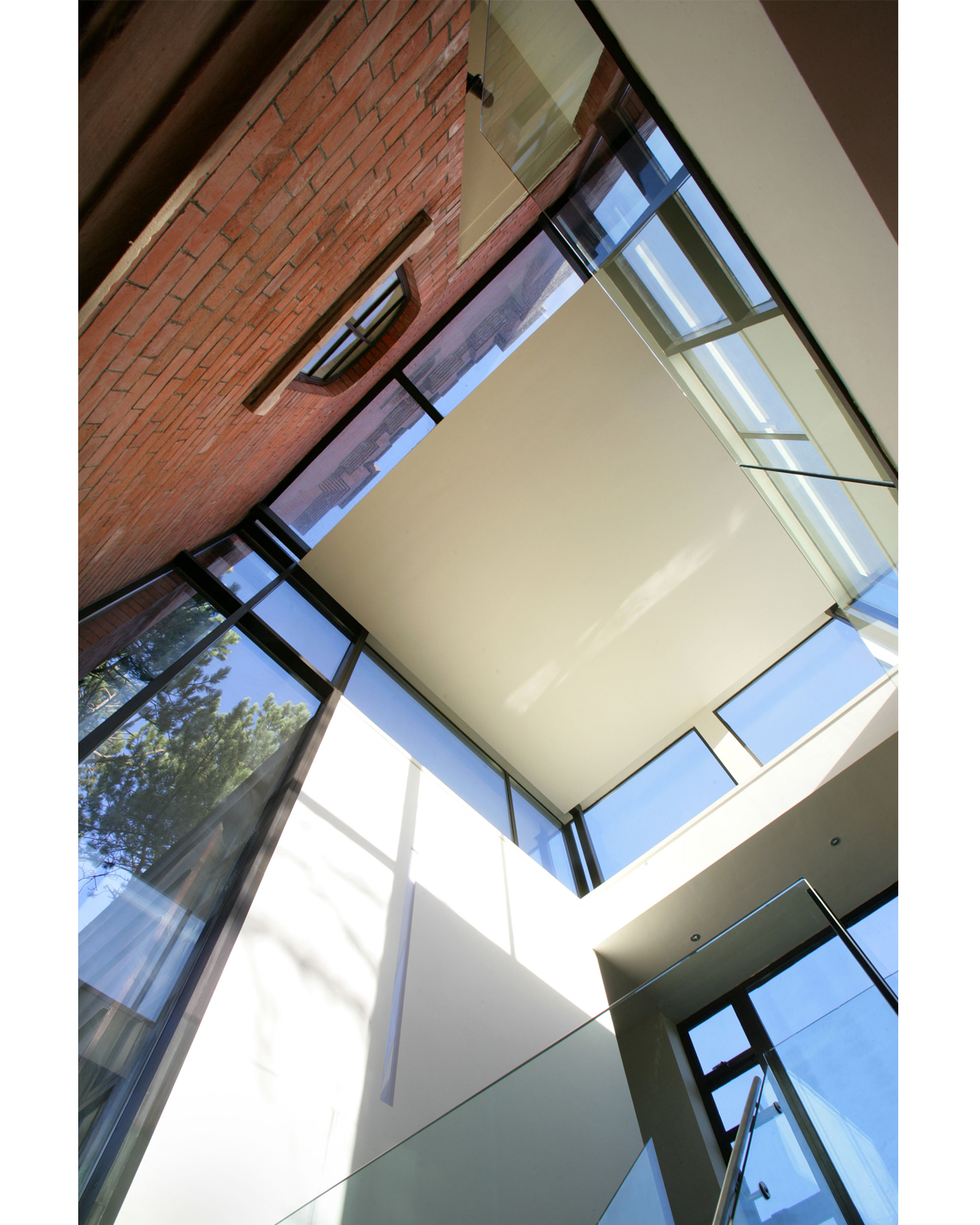 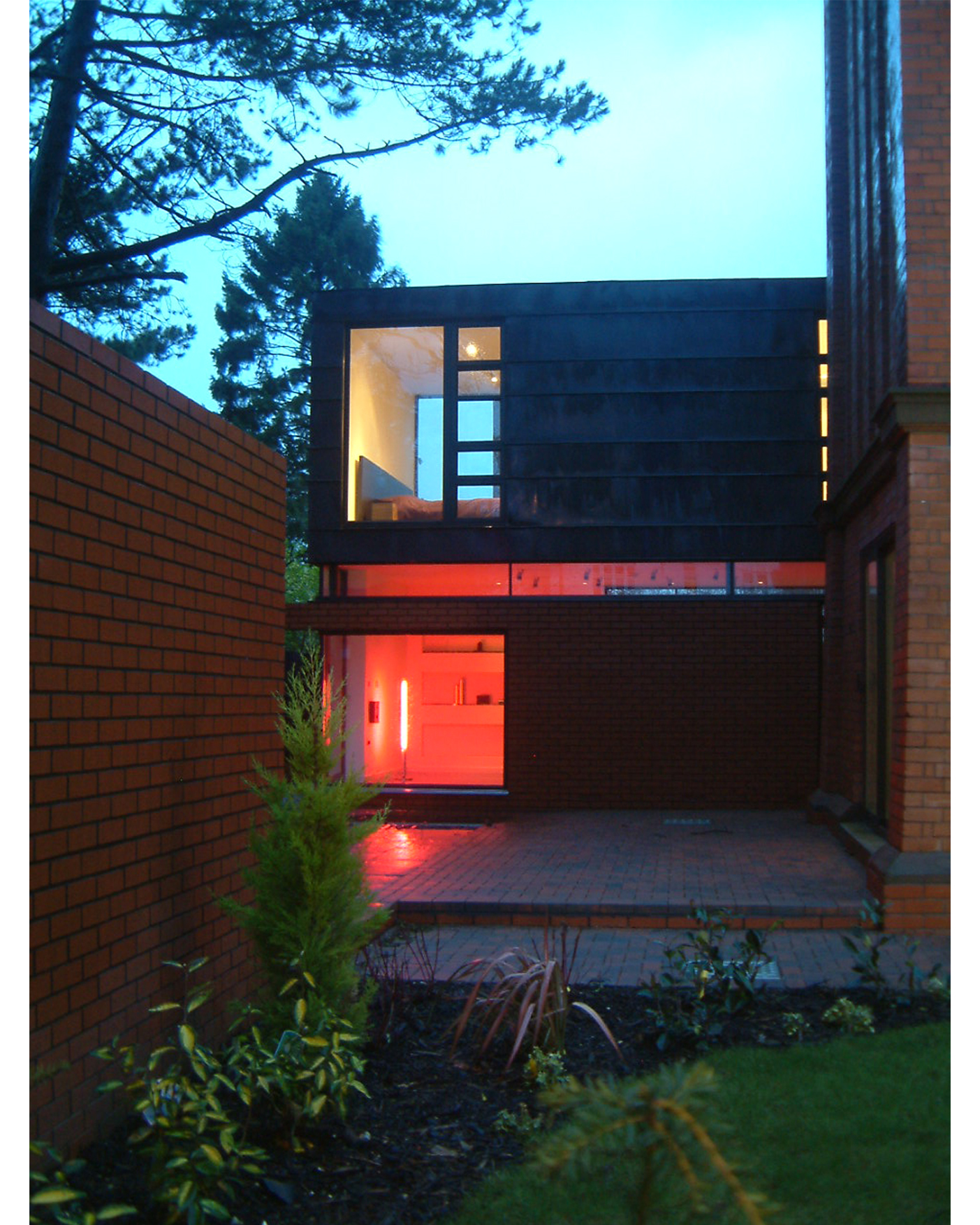 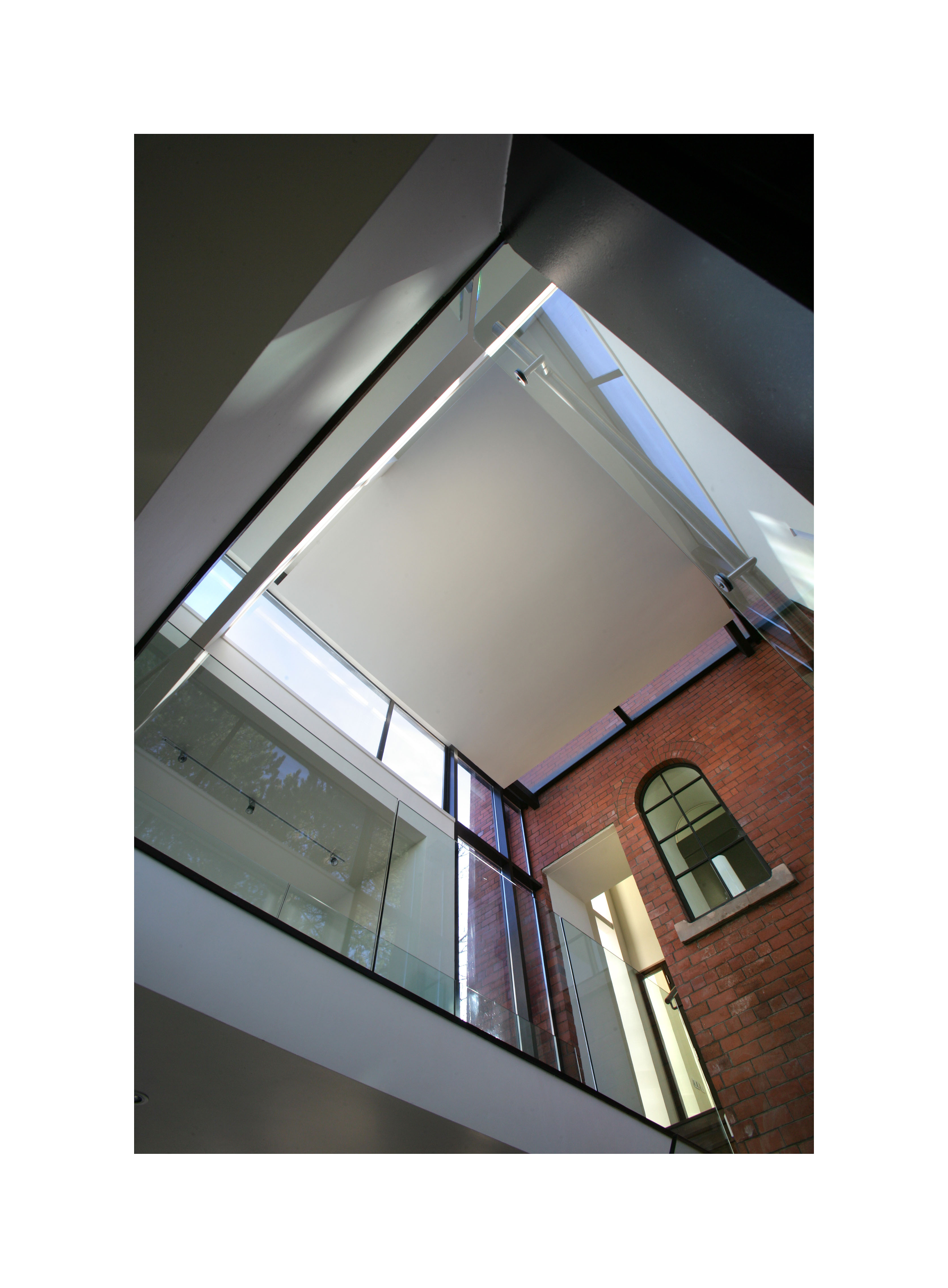 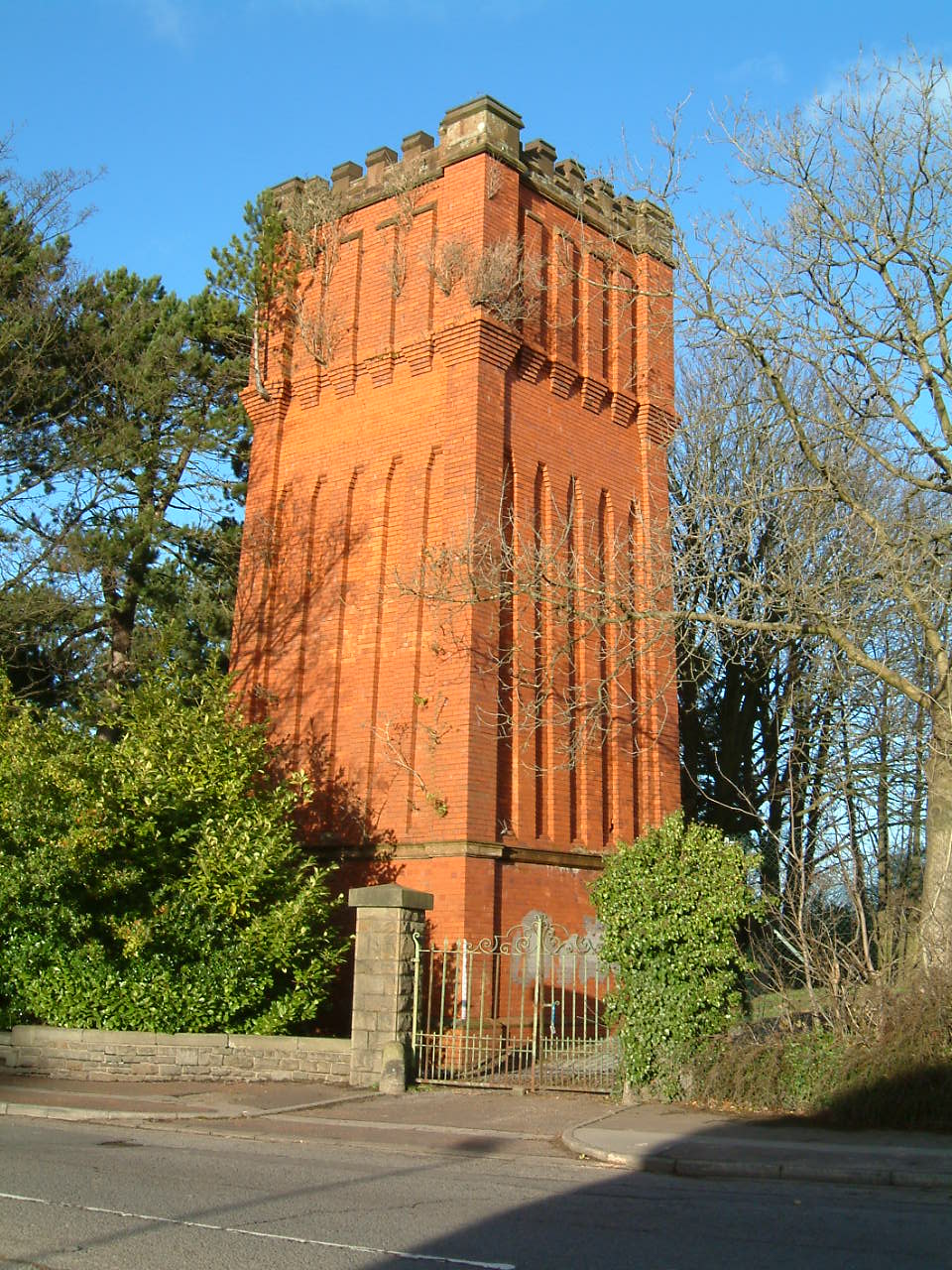 Several schemes for the residential conversion of the tower had been prepared previously by other architects, but were not viewed favourably by the Local Planning Authority or CADW. The architects for this scheme decided to use a contemporary solution to the conversion which would be a distinct element of the building rather than an imitation of the tower itself. The architects considered that the visual strength and beauty of the water tower was such that any addition made to it had to be distinctly different, contrasting in form, massing, weight and material in order to give horizontal emphasis, lying low against the verticality of the tower.

The new construction in the approved scheme is two storeys high and lies low to the ground, remaining subservient to the vertical form of the tower. It is aesthetically detached from the tower; this was achieved by inserting a glazed sleeve at the point where the new building touches the existing building. By creating a glazed gap at this junction a good visual connection is achieved between inside and out, this also maintains the independent form and integrity of the tower. The exposed existing red brickwork of the water tower at this location is left uncovered internally in the 2-storey glazed hallway; this reinforces the inside / outside connection and the separation and definition of old and new. The garden wall also acts as a division line between front and back, between old and new, enabling the tower to stand in its own courtyard space to retain its independence.

Access to the roof terrace at the top of the tower was a crucial part of the design, this serves as an observation space with dramatic views across the city and towards the Bristol Channel and beyond. Also from the roof space it is possible to see down through the walk-on roof light and into the 3-storey void running the height of the tower to the first floor level below. Clear visual connections from all parts of the house were part of the design concept.

The exterior of the tower remains largely unchanged apart from the insertion of slit windows into existing masonry recesses. Work was undertaken to restore the brickwork including complete re-pointing, refurbishment of the steel arched windows, and replacement of damaged dressed stone. A three storey recess runs through the tower ending with a walk-on roof light which forms part of the observation terrace on the roof.

The lower storey of the new building is constructed from red brickwork which extends beyond the edge of the building itself to appear, from the street, to enclose the garden beyond and provide the tower with its own defined space. While it matches the tower in colour and mortar, the new brickwork is constructed from metric bricks in a stretcher bond and remains a distinct element of the site. The upper storey is faced in pre-oxidised horizontal copper strips and is visually separated from the brick wall below by a narrow strip of clerestory glazing which runs around the entire building. This is intended to reinforce the impression given by the wall of being an enclosing boundary.

The scheme demonstrates a clever change of use and adaption of a redundant building.

The Water Tower achieves a four star/’very good’ energy rating of 91, with a carbon index of 7.0, calculated in accordance with version 9.70 of the SAP worksheet, using version 1.0.29 of MVM’s Maxim3 software (incorporating SAPcalc3.0, as approved by the BRE on behalf of DEFRA).

Main space heating is by gas fired condensing boiler with auto ignition (efficiency 90.00%) serving hot water under floor heating to the ground and first floors, with panel radiators to the upper levels of the tower.

Architect: Loyn & Co. For further details of the design and delivery team, please contact the Architect.

Awards: Gold Medal for Architecture at the National Eisteddfod of Wales 2007