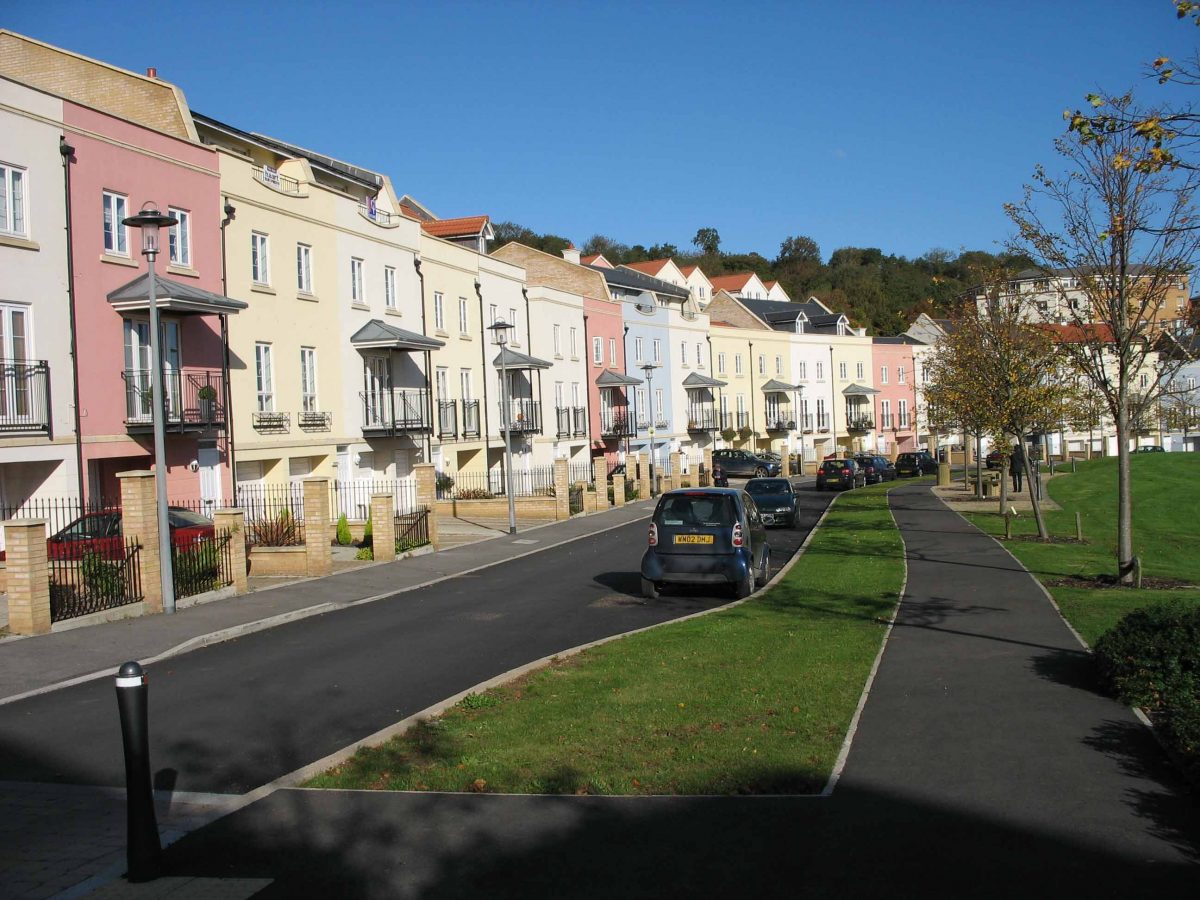 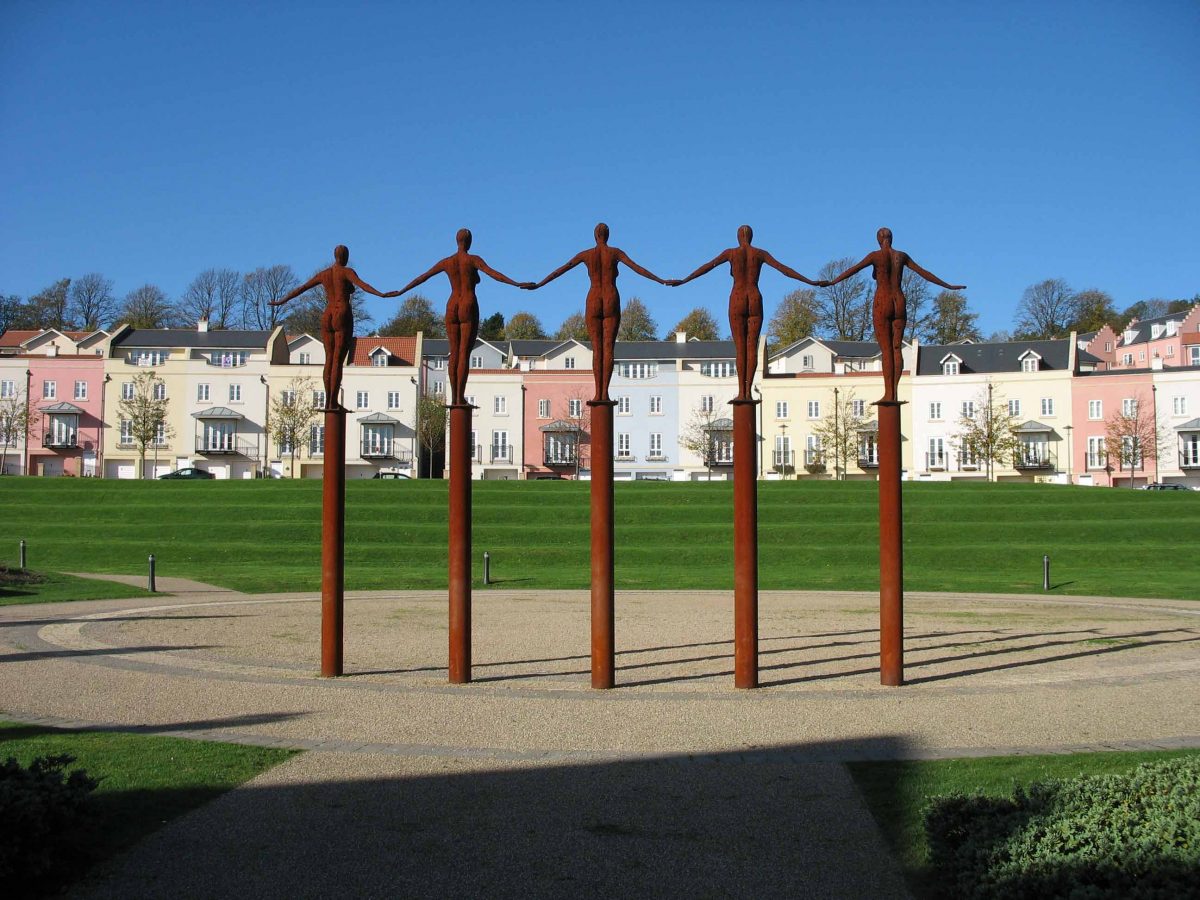 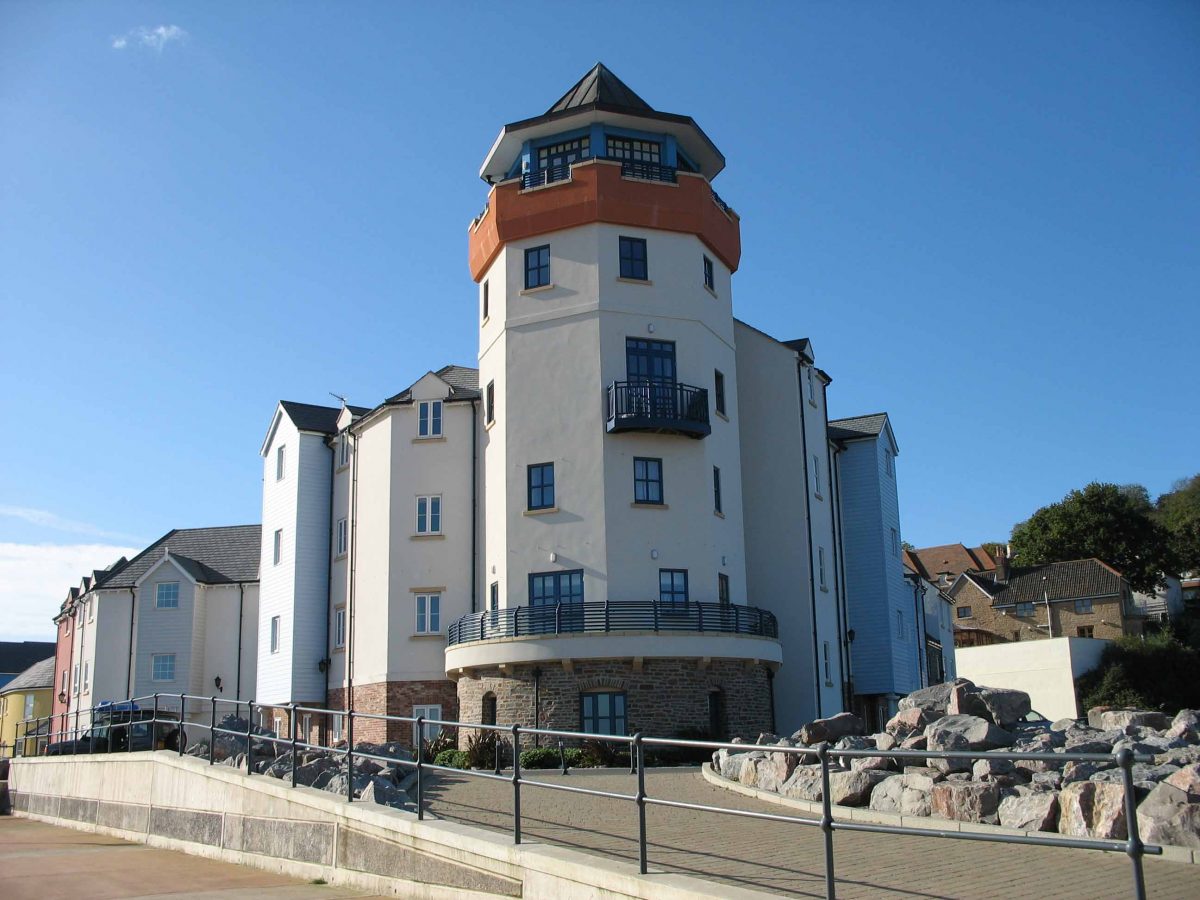 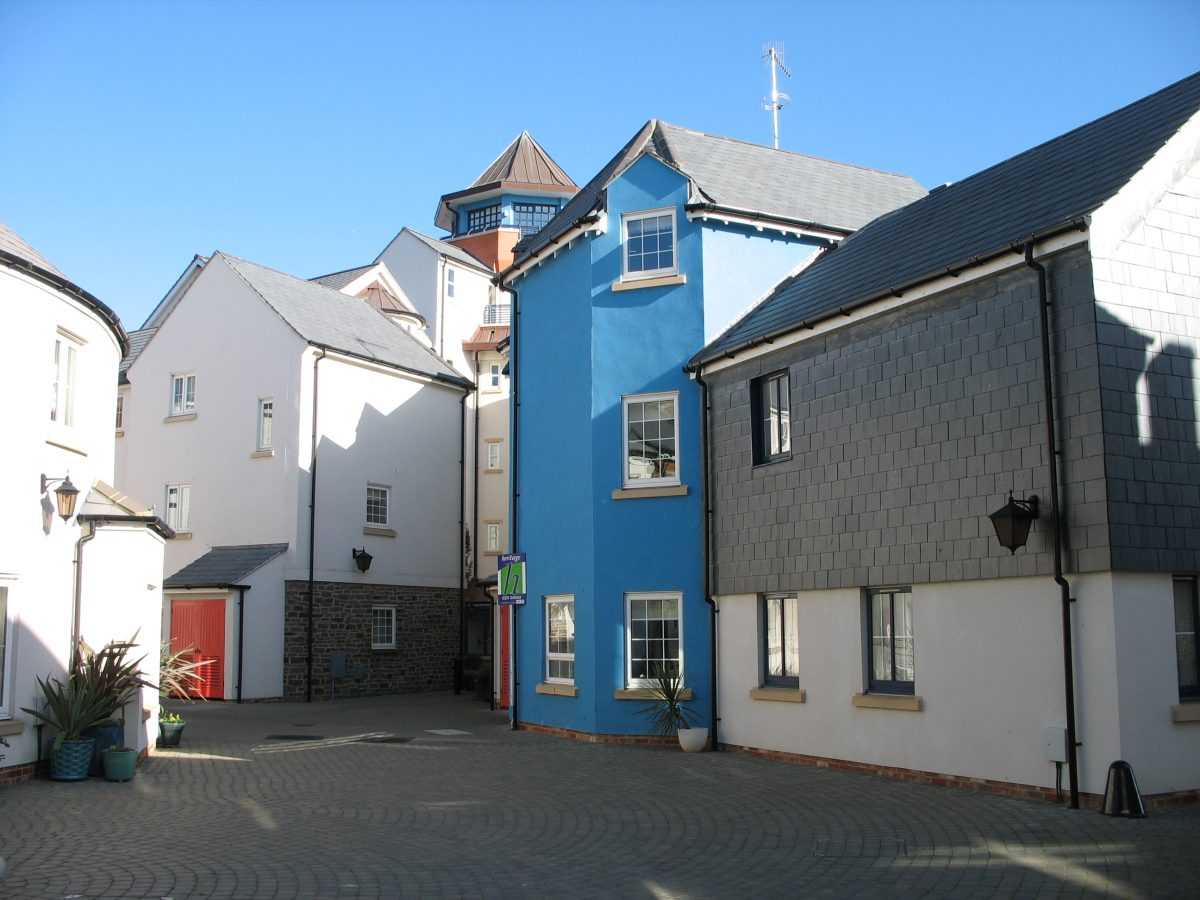 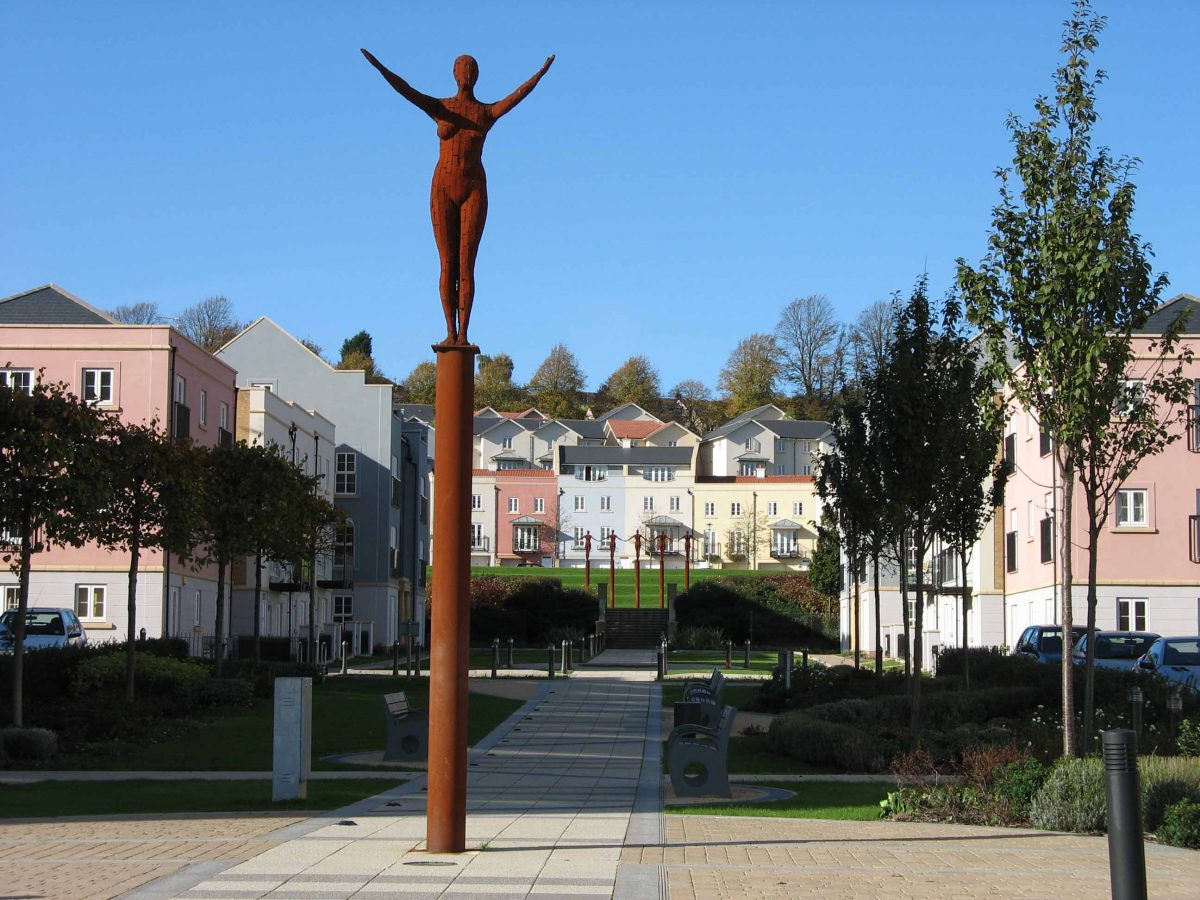 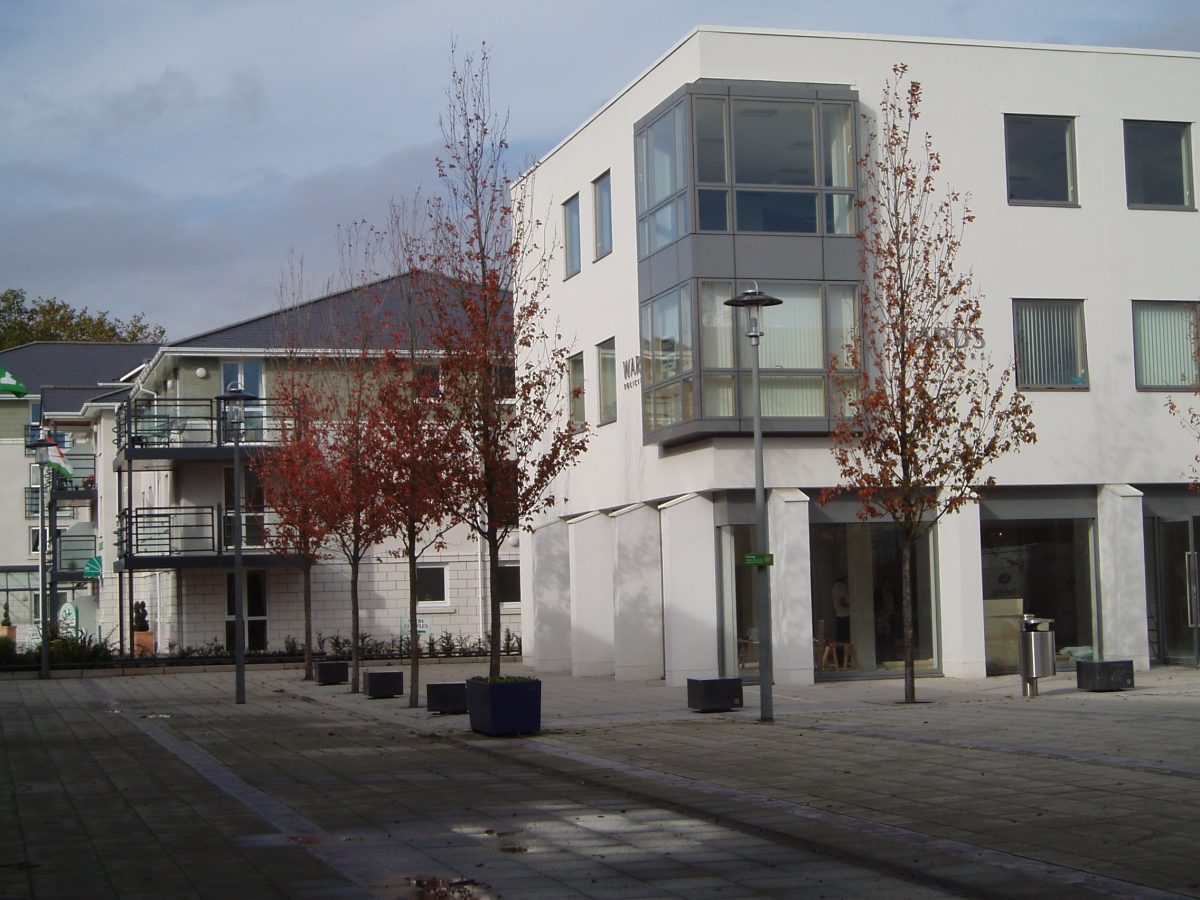 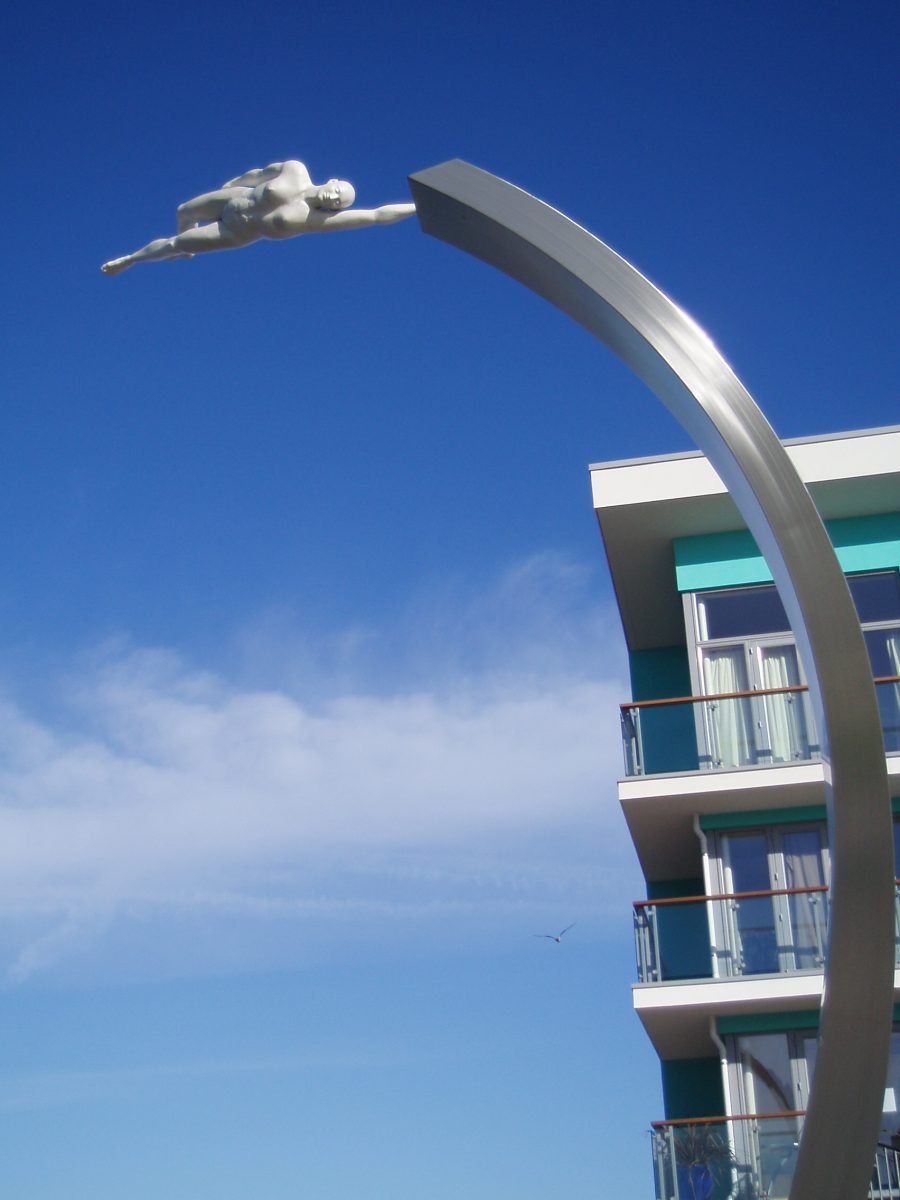 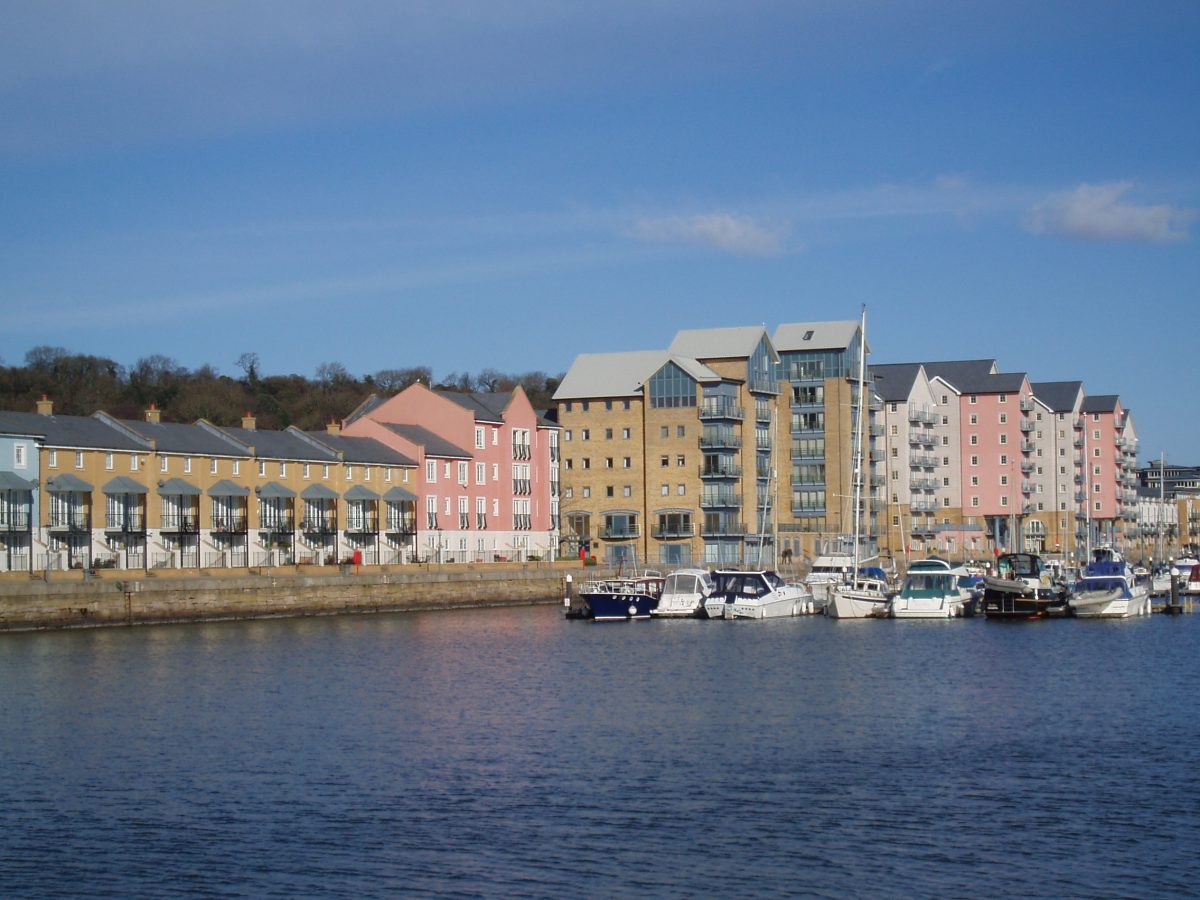 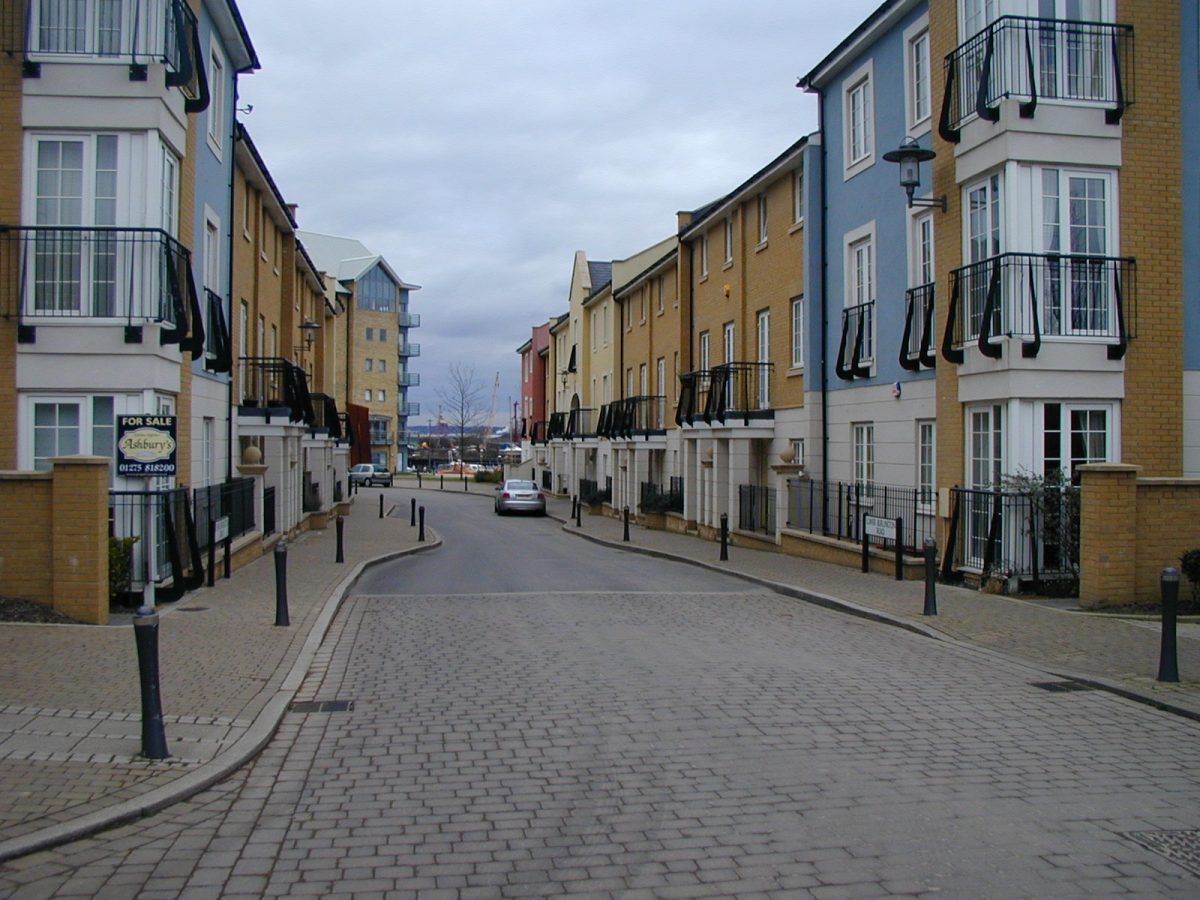 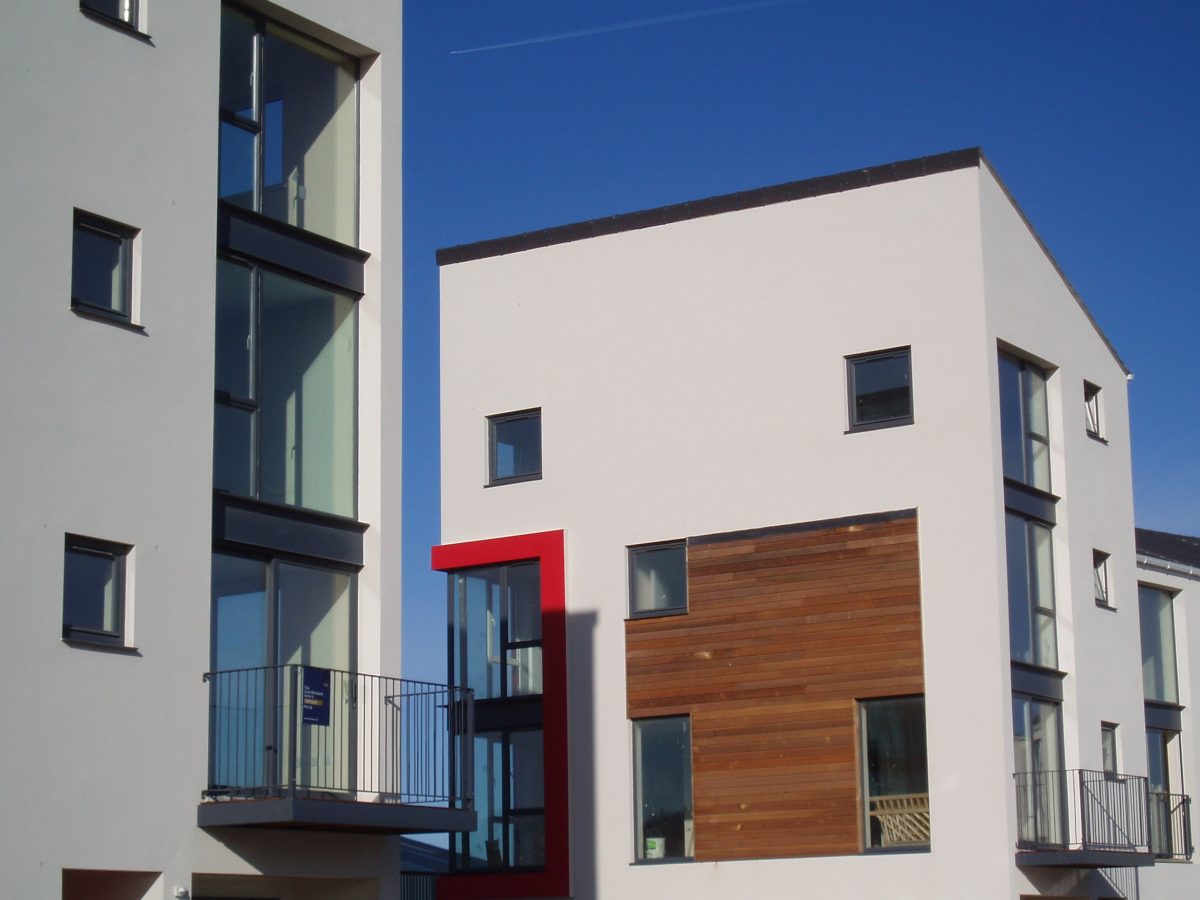 The development lies to the north and east of the old town of Portishead. It abuts the Severn Estuary at the extreme northern edge and is in close proximity to the existing town and Portbury docks.

This development is a good example of the design quality that can be achieved when a co-ordinated project teams from both the developer and local authority work together to masterplan and build out a project on a challenging site. The development consortium focussed on delivering a masterplan creating a sense of place early, providing added value to the site through the use of good quality design professionals.

Introduction
Port Marine is located above the Severn Estuary in North Somerset and combines waterside living with a marina atmosphere. It is the conversion of a disused contaminated power station site into a mixed-use, mixed-tenure residential development. It comprises of 3420 homes, 69,680m2 of employment and 60,390m2 of retail space, community facilities, green space and water side amenities as well as a 100 acre wildlife reserve. A hierarchy of streets, with public, private and semi-private space, extensive hard paved areas and planting, public art works and varying building types have helped create a unique ‘location’ in an otherwise low value site. The site spans approximately 500 acres in total. The developers have recognised the necessity of creating a “sense of place” through strong design concepts from the earliest stage of development in order to raise confidence in the project and long term value for both the developers and the people who live there.

Design Process
A collaborative approach with the project team and the local planning authority has been taken through the development of Port Marine. Consultants were appointed by North Somerset Council, Portishead Town Council, Bristol City Council and Crest Nicholson to prepare the first detailed Masterplan and design statement which was submitted to North Somerset Council and approved in 2002. Minor amendments were then made to the Masterplan, which was re-submitted and approved in 2005. The developer and local planning authority held regular workshop sessions to form part of the development process for the various updated and revised Masterplans for the different areas and planning applications. There has been a core local planning authority team made up of a project manager, urban designer, highways and development control officer, together with a public arts steering group.

The development has been designed to create a series of terraces, crescents, individual houses and apartment blocks set around communal and more private open spaces which are carefully detailed and landscaped with clearly marked pedestrian zones.

Different architects were responsible for different neighbourhoods which vary in style to include regency, arts and crafts, a Flemish streetscape across the hill and a fishing village vernacular. Key features of the project include developer house types used with small modifications to make the scheme tenure blind, public art was included within the design and all homes have been built to at least EcoHomes standard ‘Good’. The buildings are well detailed and there typology researched and much care has gone into their execution. There is a large amount of public open space, which includes the existing wildlife reserve. When the development is fully completed it will incorporate community facilities such as a library, health centre and a new primary school. A transport interchange will add to existing networks.

Sustainability Credentials
From the outset, the development has been designed to exploit the sites’ potential for sustainable living. The site was assembled from previously developed industrial land that was made up of a power station and other industries. Port Marine is situated close to the existing town of Portishead which has additional facilities, services and activities. Sustainable principles influenced development form and through the use of EcoHomes certification there was a general uplift through a large part of the site in terms of the environmental performance of the housing stock. The development achieves good social, economic and environmental sustainability standards.

Evaluation
Post completion surveys have revealed that 82% of residents were very satisfied with the scheme and their new homes. All shared ownership properties were sold and are appreciating in value at a much greater rate than surrounding properties in Portishead. The scheme has won many design awards including the ‘Building for Life’ Gold Award in 2004 for the Master Plan.

Site density & typical unit area: Various unit types and sizes from apartments to family homes, extra care facilities and care homes. Approximate density of dwellings: maximum 171dwellings per hectare (dph), minimum density 23 dph. 6% (58 dwellings) on the site built at less than 30 dph, the majority of the units have been built at a density of 50+ dph, 30% at 100+ dph. The density at the Fishing Village is 74 dph with waterside high rise blocks 123 – 171 dph. Ashlands (Port Marine Village) consists of mainly family housing house types with some apartments, with 1650 dwellings on a 41 hectare site, the current density range varies from a minimum of 33 dph to a maximum of 60 dph.

Dwelling type: semi and terraced townhouses of 1,2,3 and 4 bedrooms, flats of 1,2 and 3 bedrooms built to EcoHome standards.