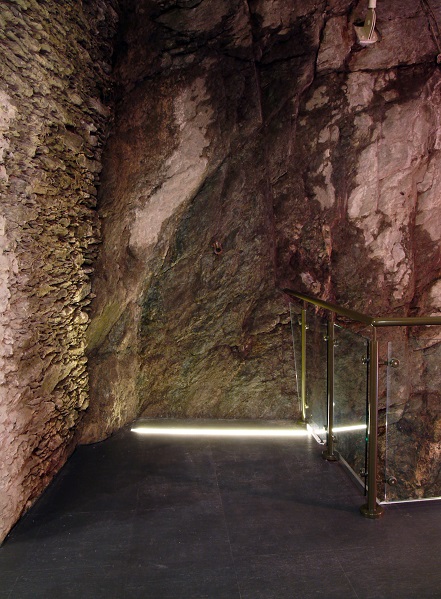 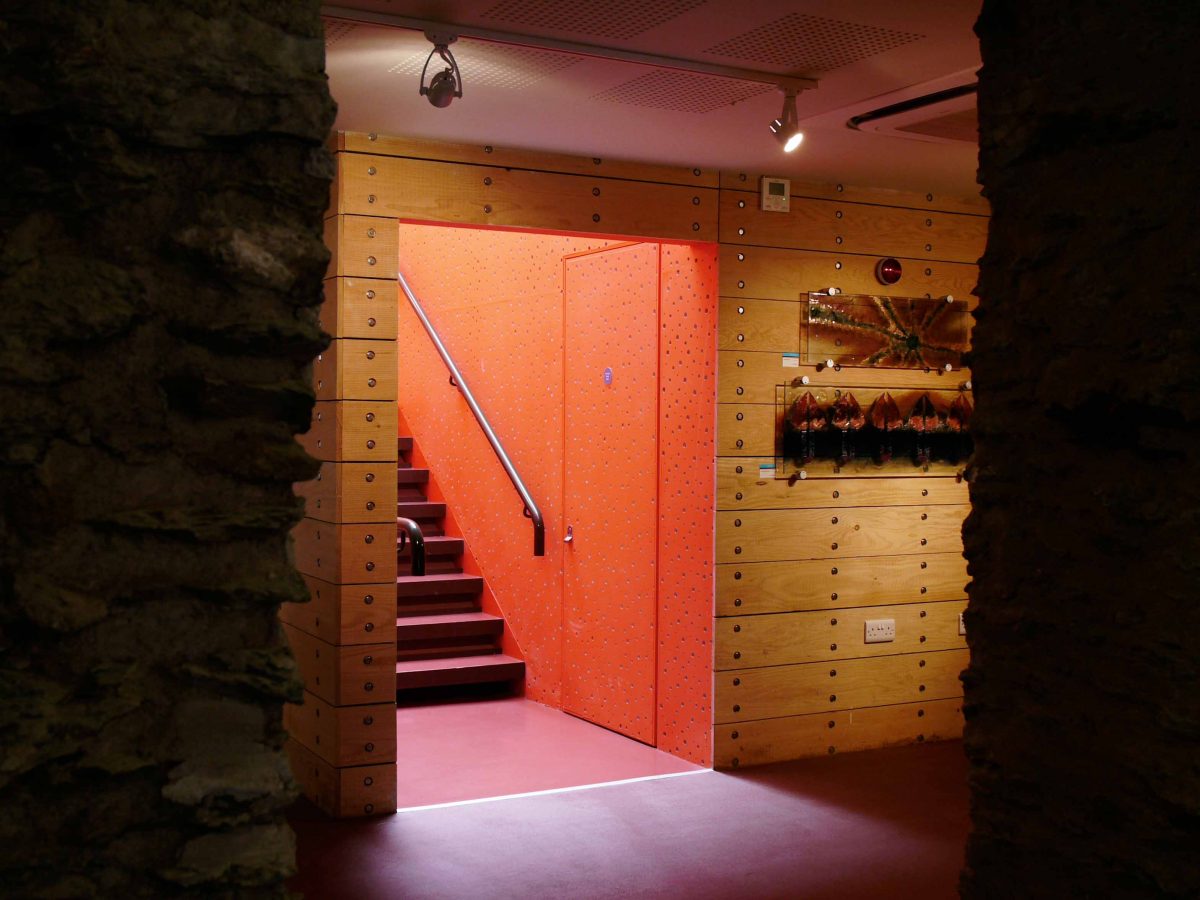 Situated on the north coast of Yny Môn, Anglesey, Amlwch is home to one of the most historic ports in Wales and includes several Scheduled and Listed Monuments in its waterside Conservation Area.

Menter Môn and Amlwch Industrial Heritage Trust wished to provide a centrepiece to the port, and a recognisable image to create a destination which was consciously identifiable with Amlwch and its natural and built setting. Following the earlier Heritage Lottery Funded development plan for the port, Donald Insall Associates were commissioned to design this new visitor centre.

The main features of the centre were designed through carrying out innovative interpretations of the site and its context, offering a uniquely authentic building. The client consulted the Archaeological Trust so as to fully understand the site’s features, focusing on delivering key analogies of the historic relics of Amlwch Port within the new forms, materials and circulation, in order to provide visitors with a creative understanding of the built and natural environment and rich industrial heritage of Amlwch.

Design and Planning Process
The relics of six copper bins stood on the quay side. The project team decided that the last remaining roofed bin would form the core of the visitor centre. The new extension is within the floor plan of the existing copper bin and masonry, but the new form is delicately distinguished from the existing fabric by a linear composition of copper wraps around the elevations with new windows forming a seamless part of the design.

An excavated rock face ran along the rear of the copper bins, completely covered in ivy. In the existing roofed bin, a concrete block wall had been erected that obscured the rock face from view.

The exposed rock face was a key element in understanding the site and telling its story. Copper ore was once tipped down the rock face to the quay side, and beneath the ivy was evidence of historic mechanical fixings and copper ore staining.

Pulling the concrete block wall down to reveal and expose the rock face beyond would help illustrate the context of the site and amplify the setting of Parys Mountain, while providing an indoor visitor experience. Revealing the rock face was not an insignificant decision and proved the most demanding design and detailing challenge of the whole project.

Key Sustainability Points
In this context sustainability embraces three main areas. First is the notion of stewardship of the historic environment for the benefit of future generations. Secondly, the aim of minimising the use of non-renewable resources and reducing impact on the climate or other aspects of ecosystems. Finally, it addresses the financial and technical realities of carrying out conservation and alteration now and for the foreseeable future.

The project demonstrates careful conservation of a Grade II-listed historic monument to strict conservation standards, juxtaposed with a rich and tactile palette of new and natural materials. The decision not to re-point and clean the rock face of staining and archaeological leftovers internally was of equal importance to the painstaking conservation of pointing. Accepting the bins as industrial sheds, crude in form, wet, and imperfect – was absolutely integral to the Amlwch Industrial Heritage Trust’s vison and philosophy in delivering a truly authentic interpretation of the copper industry.

“We believe the design of the copper bins utilises some strong interpretative analogies: the timber chutes, the use of copper cladding, and exposing the rock face as a central idea behind the design thinking. The concept appears to have realised the challenge of combining a functional space with architectural concepts that relate to the heritage we are interpreting based on the copper mining industry of Amlwch.” Neil Johnstone, Heritage Manager, Menter Môn