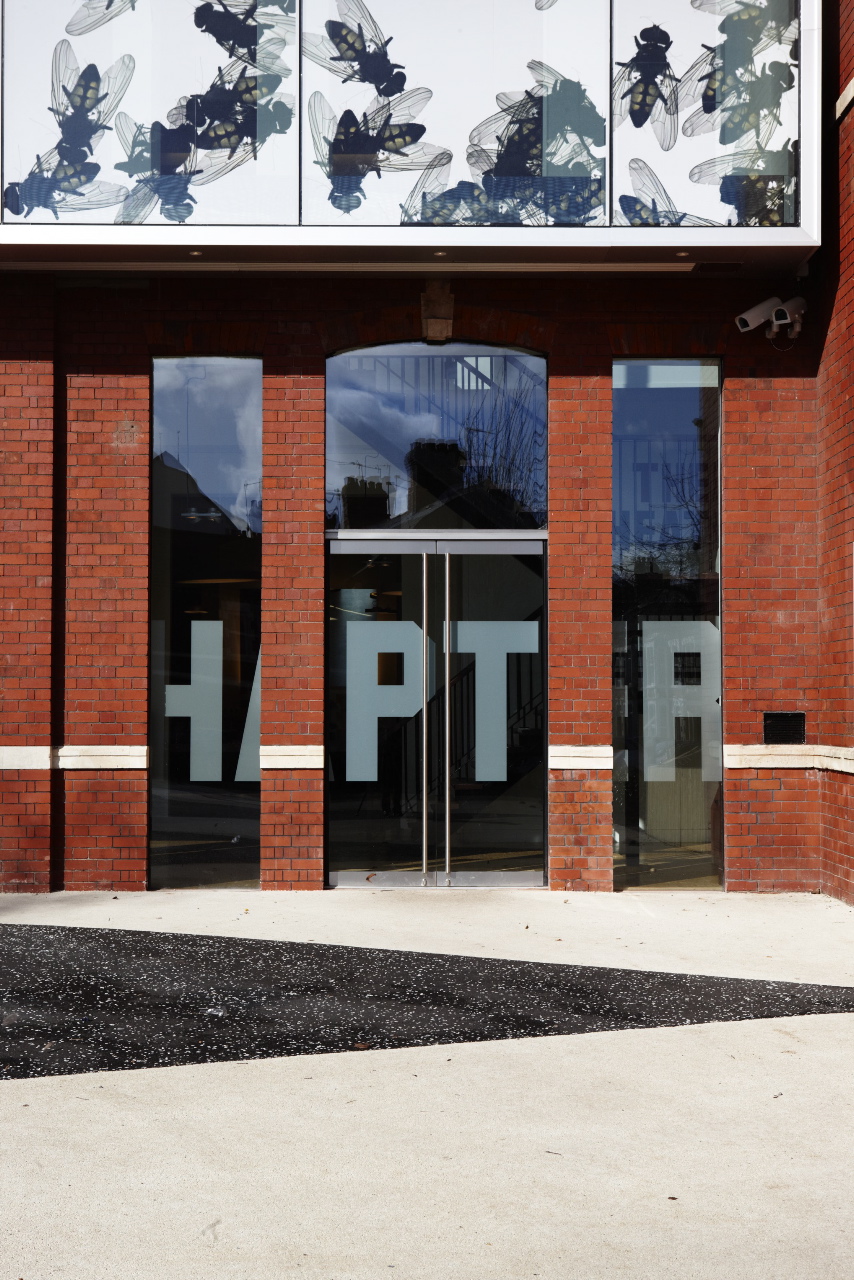 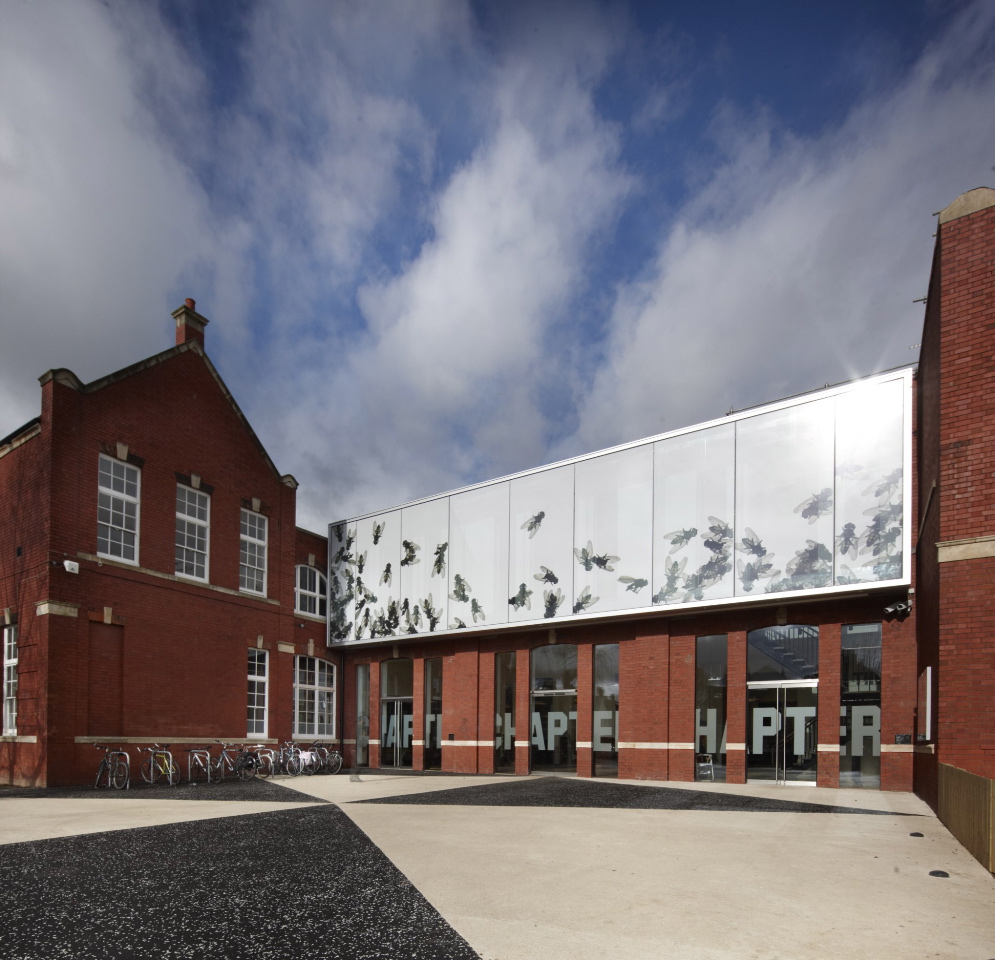 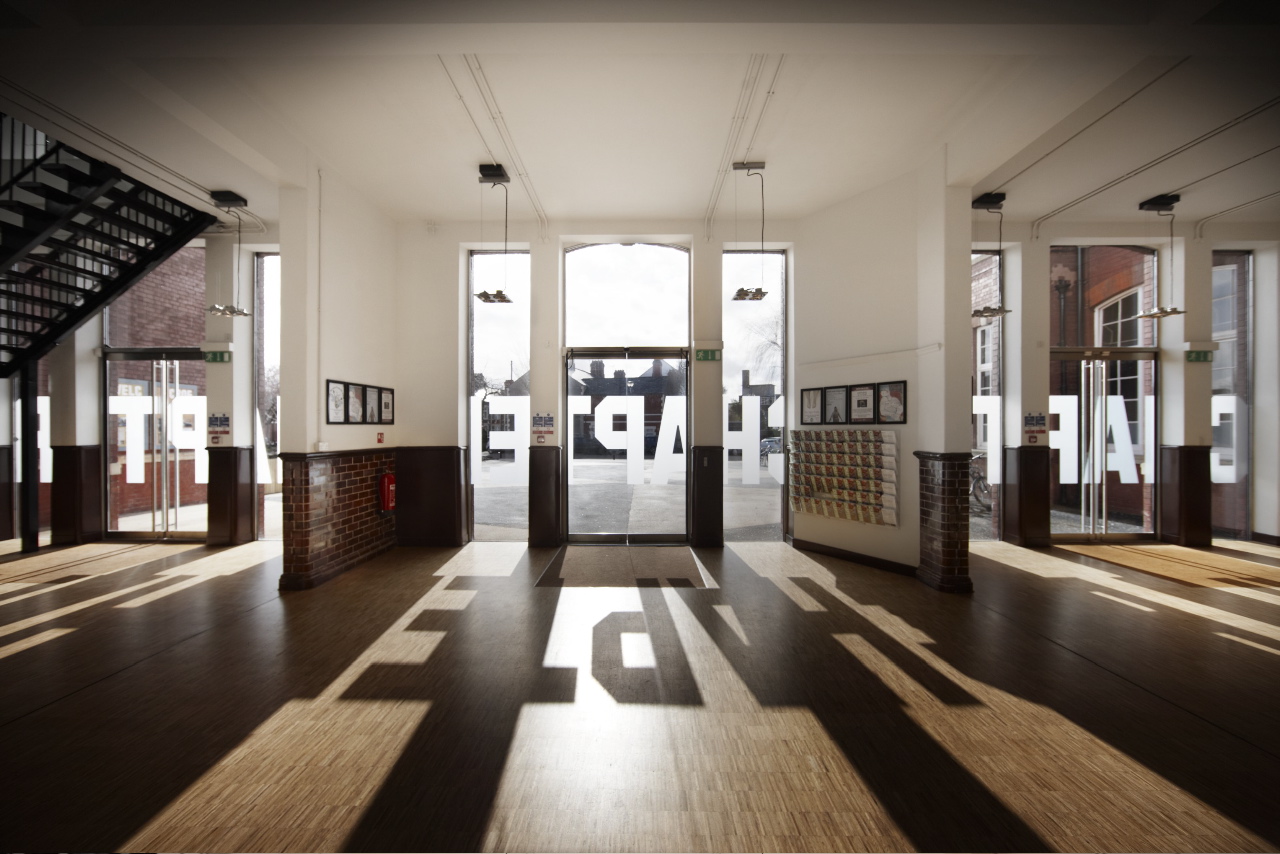 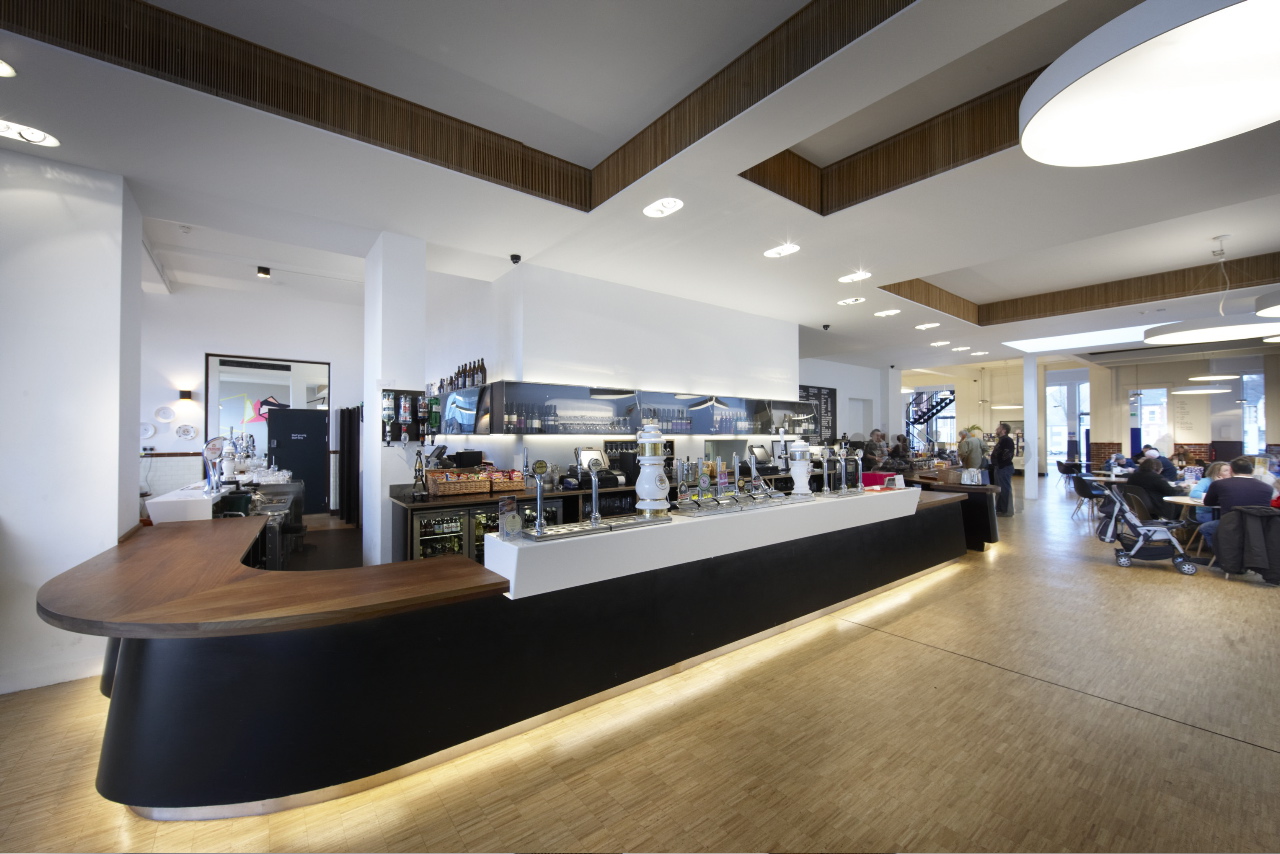 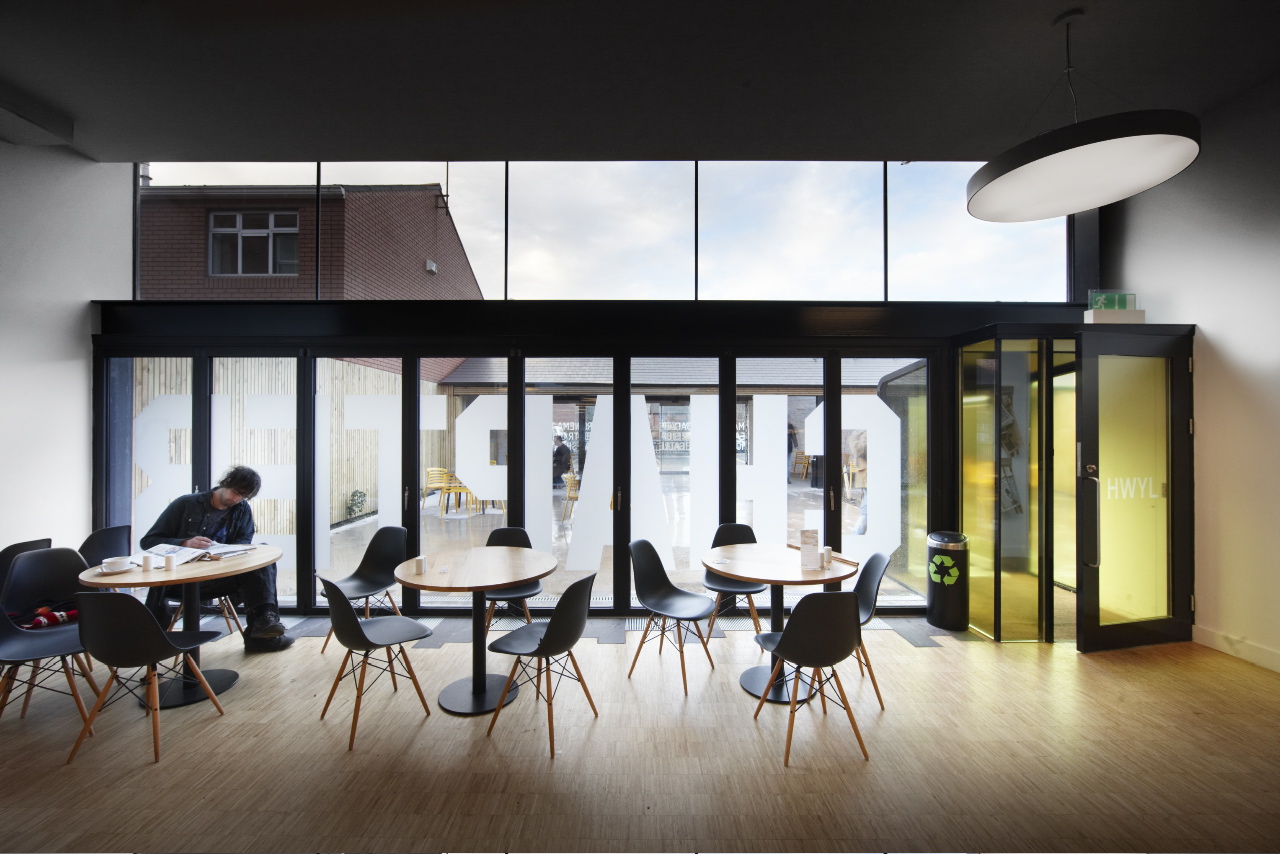 The essential architectural move is the creation of a broad shaft of public space running right through the building between two entrances of equal priority, one opening off a new paved piazza to the south, the second to the car park on the north, by way of a new partially covered courtyard space with external seating. The effect is to make Chapter more open and welcoming and in the few months since reopening, Chapter has seen a more than doubling of both visitor numbers and turnover. This ‘broad shaft of public space’ is busy. Parents with prams, students with laptops, elderly people, small groups, residents of Canton, Cardiff and beyond; they’re all here.

You can enter Chapter through one end of the building and leave from the other.  At the south entrance the new two-tone tarmac piazza, its pattern inspired by Stockholm’s Sergels Torg, clears away a complicated, multi-level approach to the building through groves of shrubbery. Three new entrance doors replace one.  Above the south entrance, a large lightbox hosts a series of artists’ commissions and lights the first floor theatre foyer, carved from a multitude of small rooms and giving easy access into the refurbished studio theatre. From the car park, a convoluted back door route is replaced by a large glazed entrance into a planted courtyard which, in summer becomes an extension to the café area.

The public areas of Chapter now occupy a continuous series of interpenetrating spaces which wrap around the longest bar in Wales. The box office reception is no longer in a box, and is open and friendly. The school’s old tiled dadoes have been revealed. The gallery and shop spaces have been reconfigured, with better access from the foyer and new lighting. The cinema foyer opens through to the two cinemas. The 60 seat Cinema 2 has been fully refurbished, its colour scheme a homage to another Stockholm icon, Asplund’s 1923 Skandia Cinema.

Although there was limited scope for improving the sustainability of the existing fabric, given that the budget did not allow a comprehensive refurbishment, wherever fabric was repaired it was done so to a high standard of insulation. The new roof, new wall areas and new windows are highly insulated.

In areas where a full refurbishment took place, or where new build extensions were added, improvements to the building’s energy performance were well in excess of Building Regulations requirements. In particular, the building’s boilers were replaced with high efficiency condensing boilers, heating controls were carefully zoned for better efficiency and low energy lighting with intelligent controls are used.

Quotes
‘If there is a better municipal arts centre than Chapter anywhere in Europe, I would like to see it. I remember helping to splash on the walls and sand the floors back in 1970. The new Chapter looks stunning.’