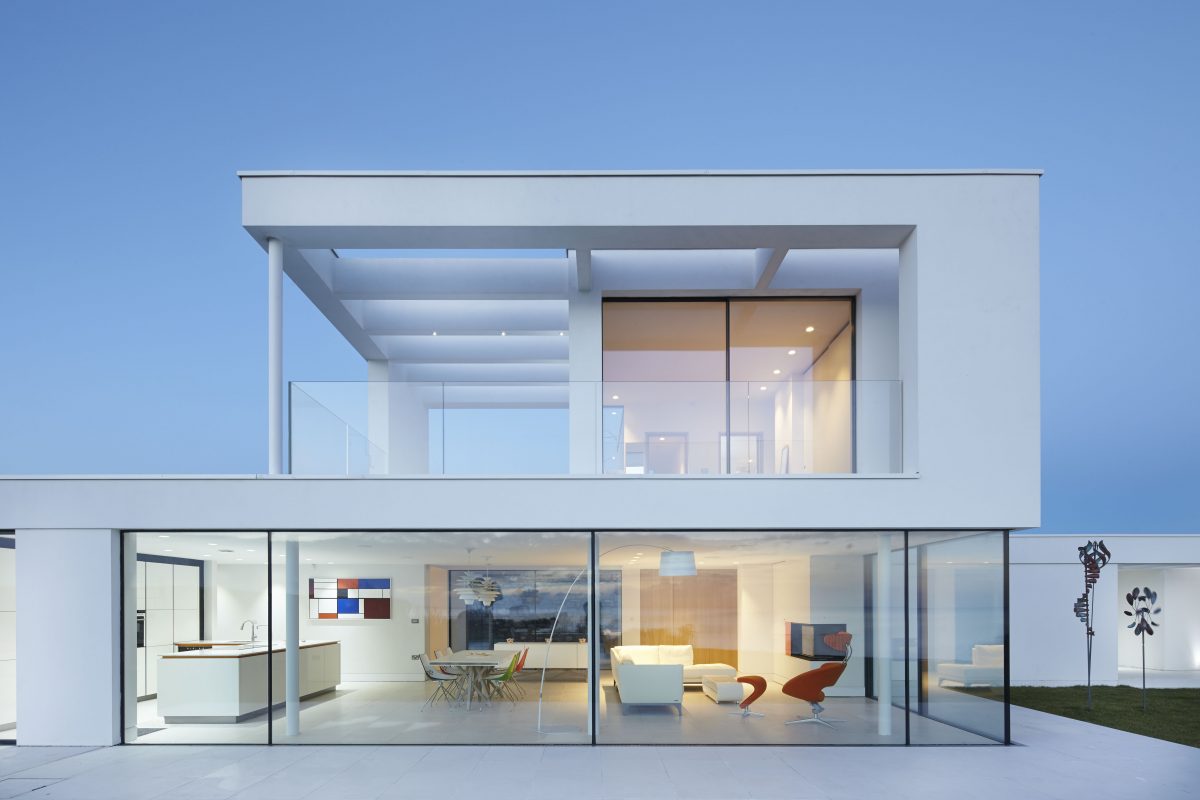 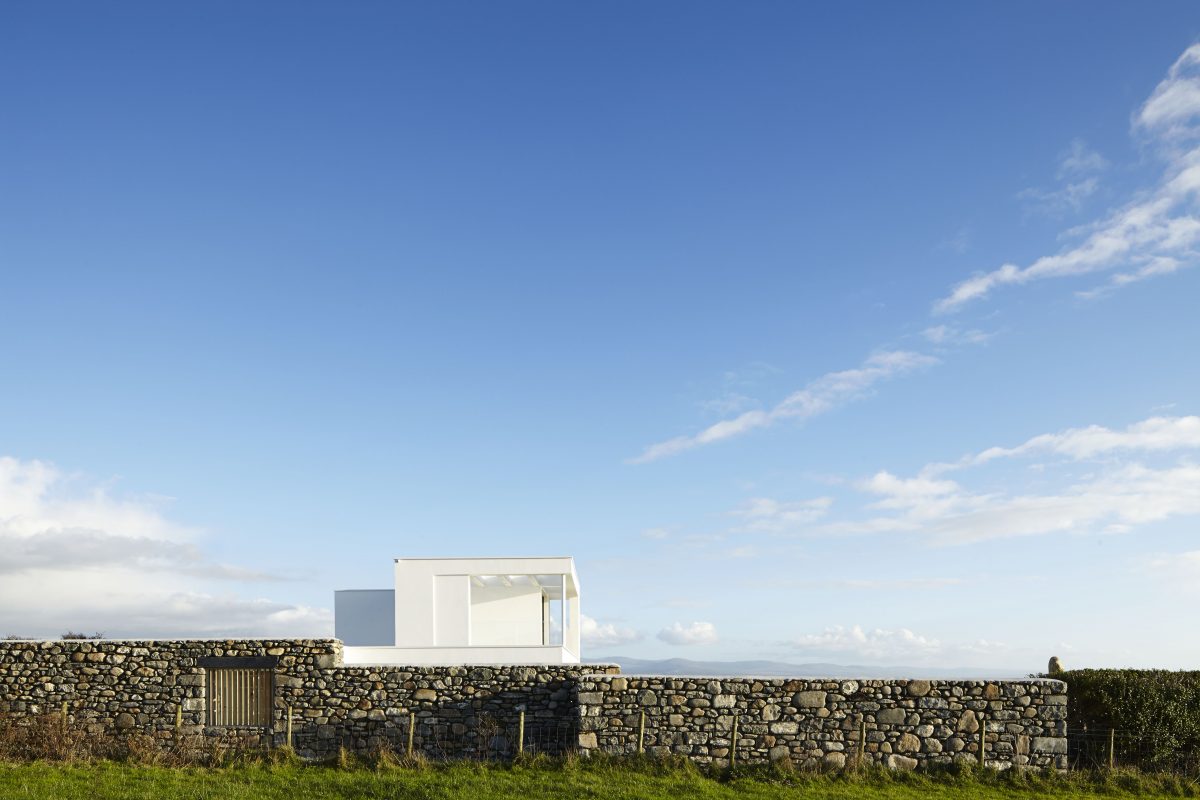 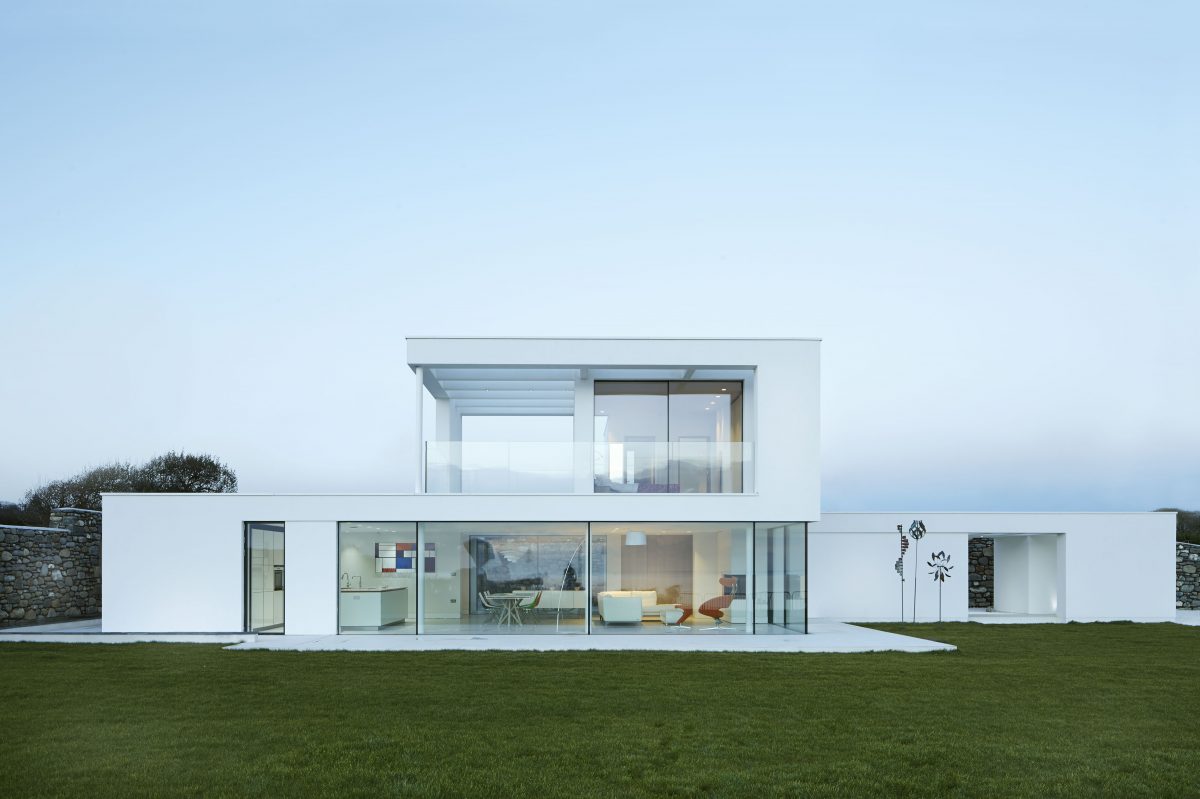 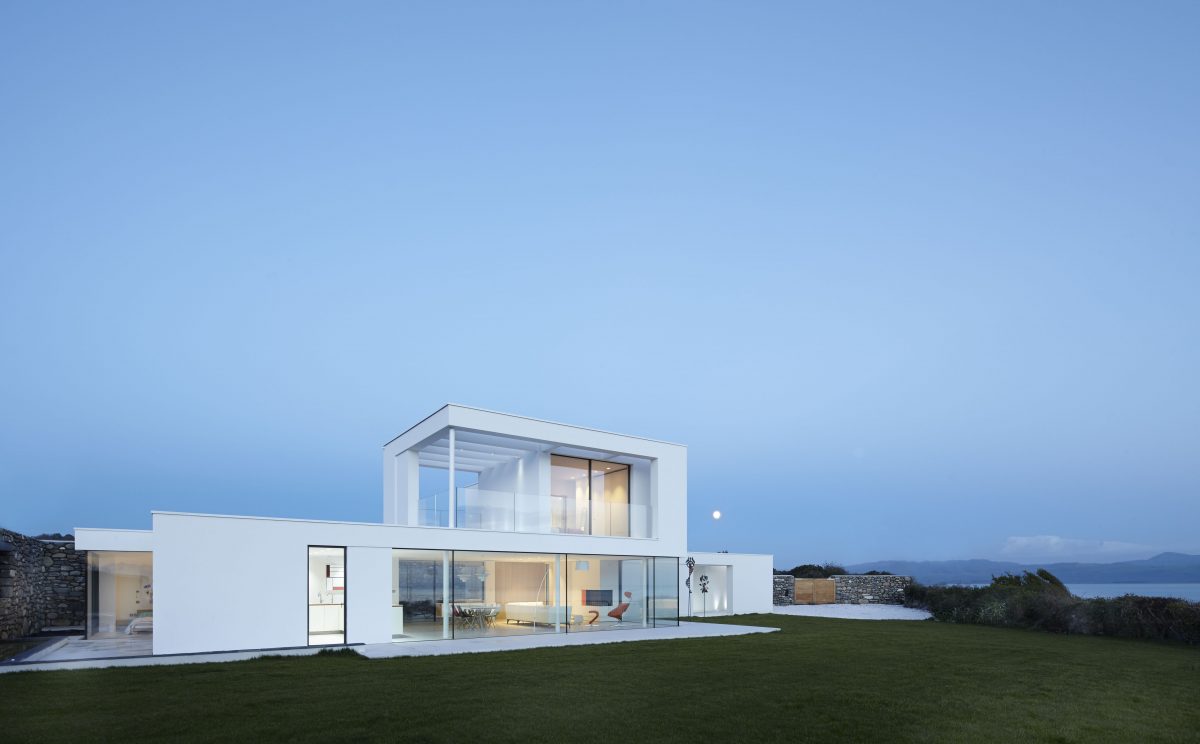 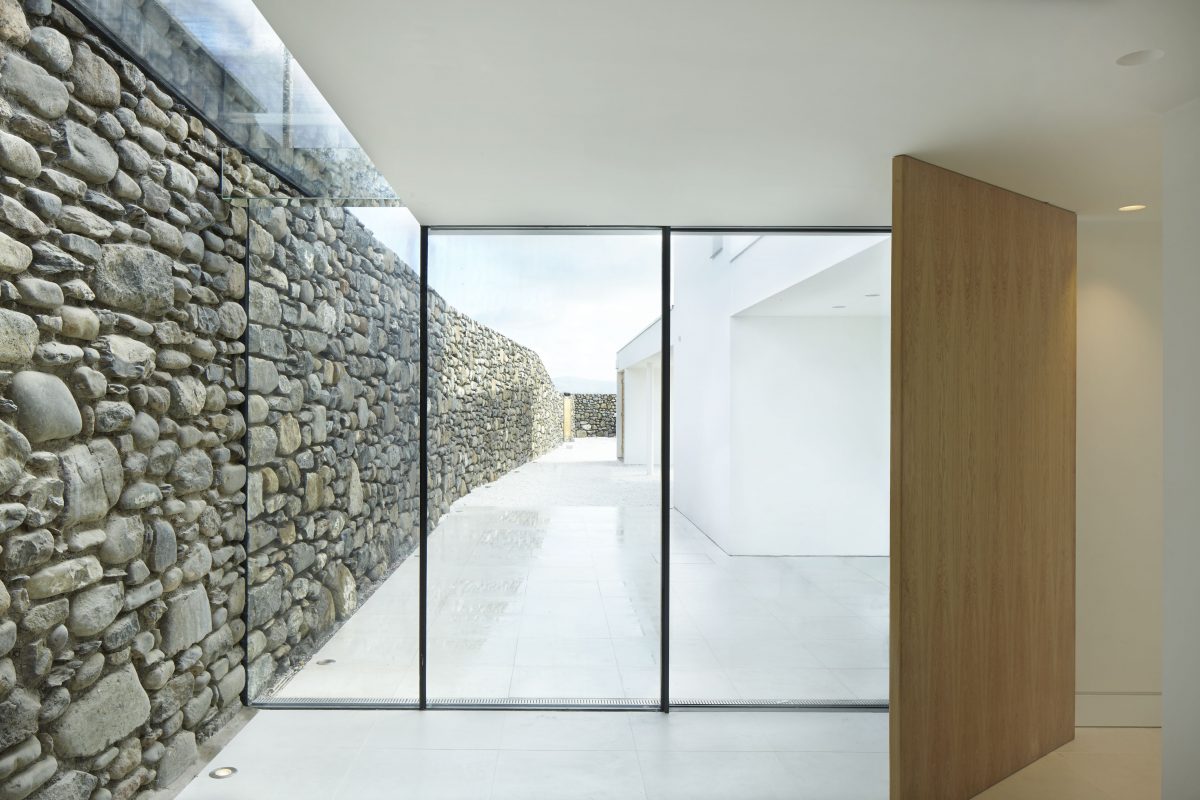 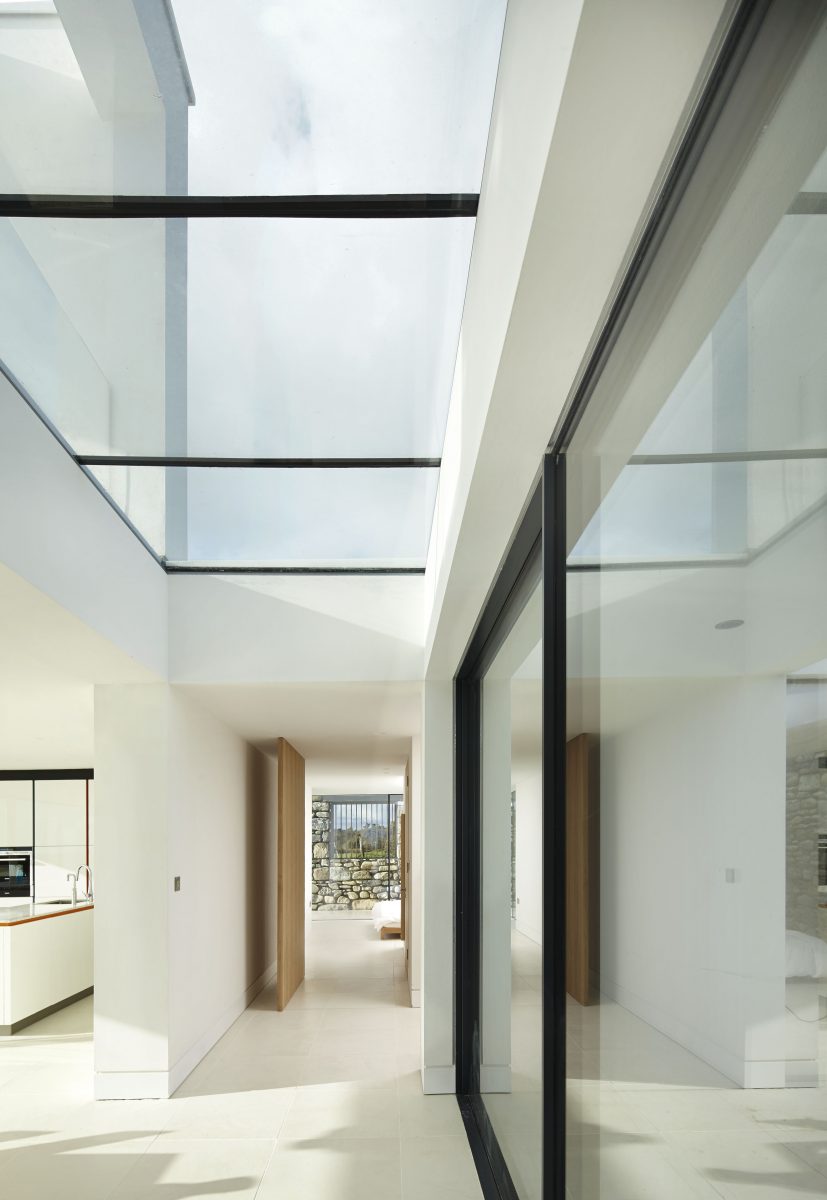 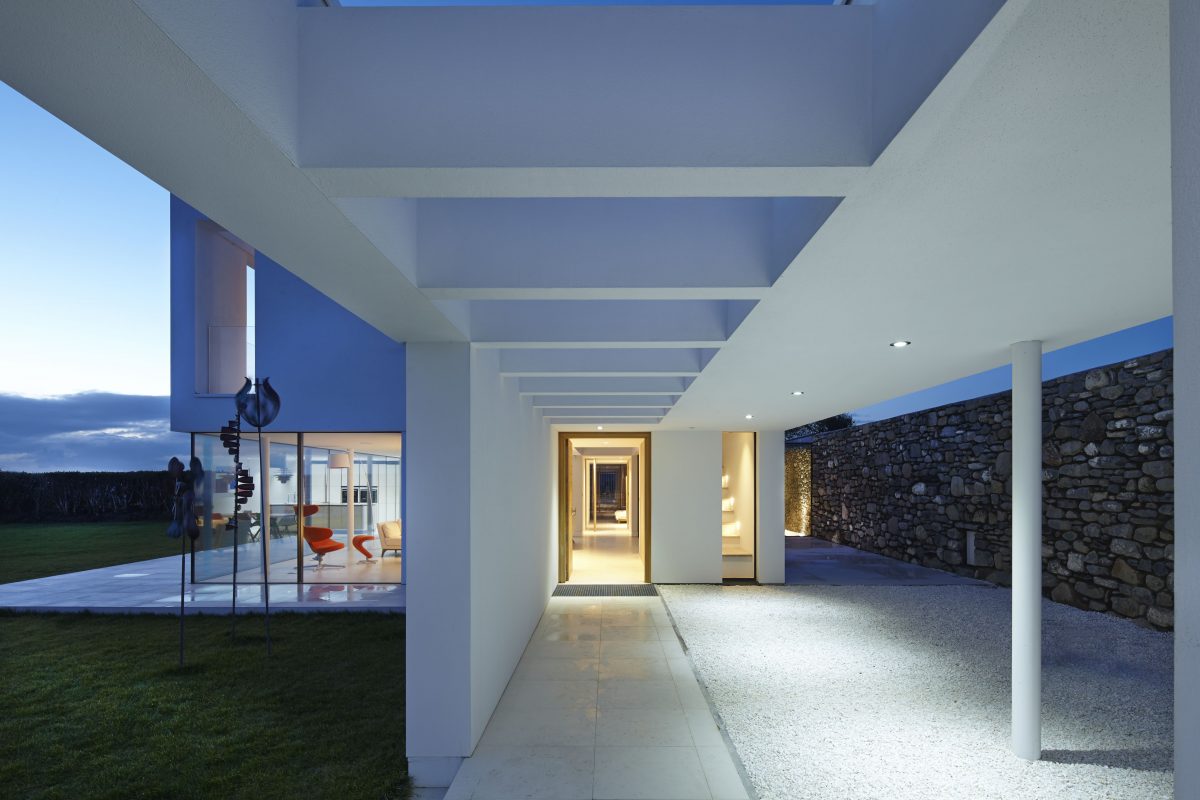 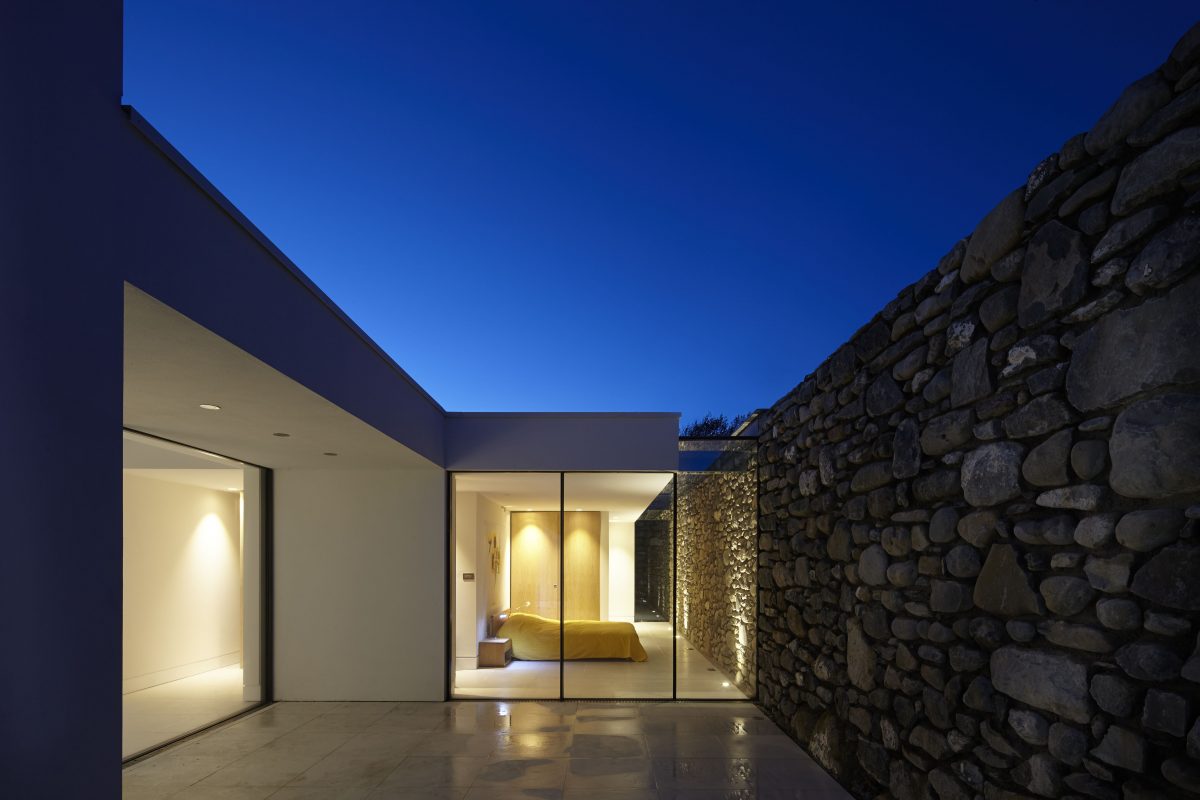 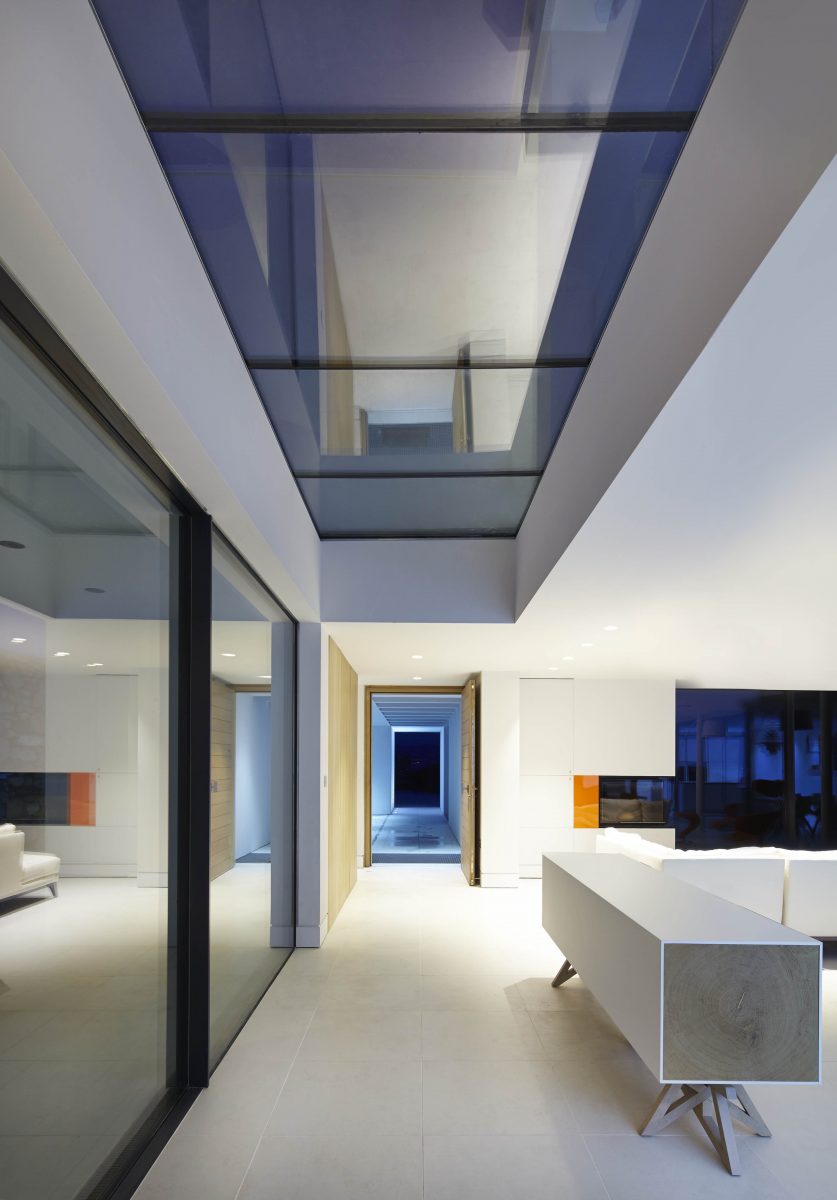 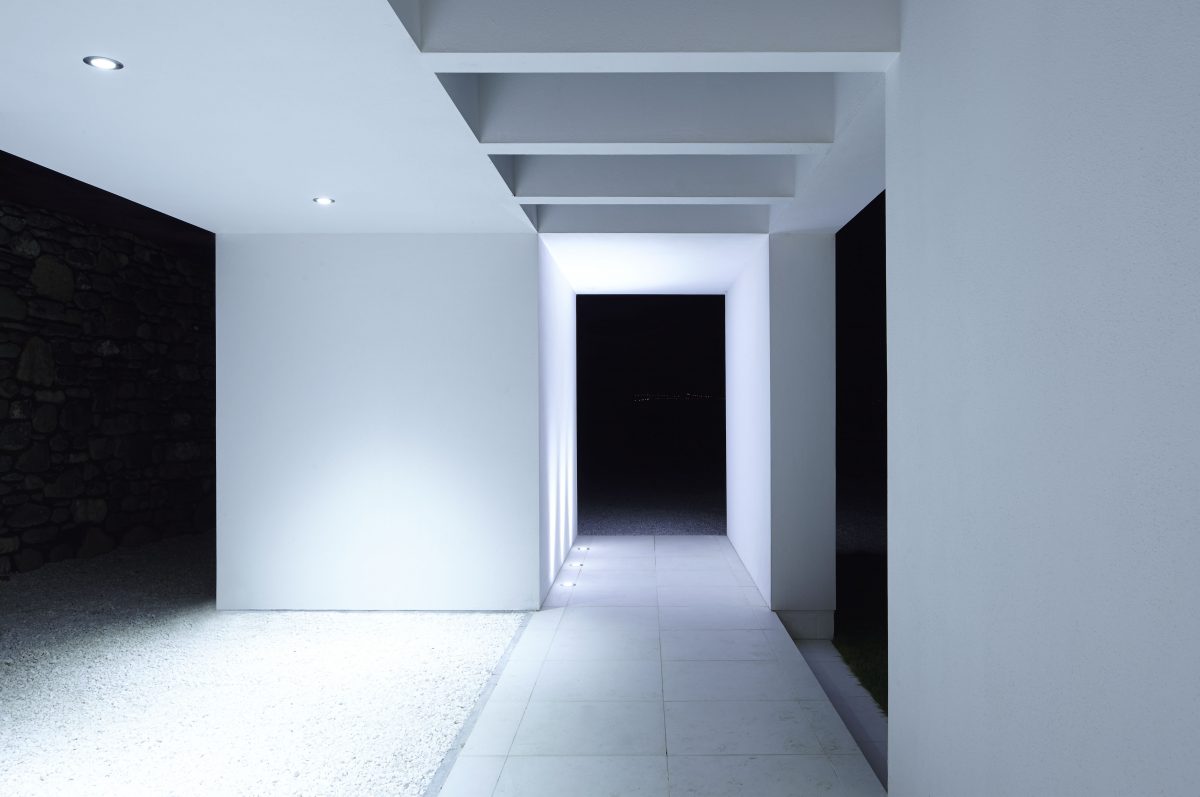 The new house is a defining and epoch-making change to the cottage which previously existed and the subsequent consented bungalow which held the current planning approval when our clients acquired the site. Our new modernist proposal to replace the consented bungalow was fully supported by the Gwynedd Council from inception due to submission of an extensive Design and Access Statement which aligned strong architectural theories alongside National Planning Policy Guidelines.

The whole design process was explored through a process of sketching and model making. Our aspirations were supported by a local authority who embraced innovative and sustainable design principles. Elevations are about framing, layering of materials and solid and void, maximizing light in and views out whilst creating architectural interest. A steel frame structure and combination of rendered masonry and lightweight timber frame construction allowed for large expanse openings to be created. The extrusion of the first floor references the maritime theme of coastal observation stations, whilst massing up the approach view of the house, which is set within its own private walled courtyard. The proportions of the house were rigorously tested against classical proportions whilst working within strict datum heights of the existing cottage that once stood on the site.

The stone remains of a 400 year old existing ruined cottage were re-used for a new monumental stone boundary wall offering privacy and textural contrast using traditional stone wall building techniques of the local area juxtaposing the modernist new intervention of the main body of the house thus creating a dynamic material tension between the two. The new house separates from the stone wall with a glass slot roof, which delicately touches the wall.

It re-occupies a brownfield site replacing a former derelict 400 year old cottage. All of the stone from the cottage was re used for the new boundary privacy wall which envelopes the new house. The client was keen to source local materials and labour thus reducing the carbon footprint in transportation costs.

The internal character of the house is that it promotes natural daylight and solar heat gain particularly in the winter months with natural ventilation cooling through summer. The spacious indoor environment promotes a sense of wellbeing. All room are provided with a view out to the adjacent surroundings. The house was designed with a planning condition which necessitated the following key design measures; High levels of fabric insulation to offset against the large expanses of high performance glazing, high levels of fabric interface detailing for airtightness and water tightness due to the severe site exposure, passive solar heat gain through large expanses of south facing glazing and, natural cooling ventilation throughout the floor plan via large sliding glazed doors for stack effect.

Sustainable technologies used at Cefn Castell are an air source heat pump for underfloor heating and hot water supply and rainwater harvesting from the porte cochere roof for garden watering. Cefn Castell currently achieves a high end EPC ‘C’ rating of 79. By introduction of a wind turbine, solar cell heating and photovoltaics, this would achieve an EPC ‘A’ rating of 97. These maybe considered ‘add ons’ to the site in the future.

All potable water supplies within Cefn Castell are fitted with water efficient devices and these are in the following forms; low flow taps and shower and dual/low flush WC’s. All foul water is treated via a biodisc for discharge as clean water off the site to the beach/sea as approved by the Environment Agency. Non recycled rainwater is directed off site to the beach/sea level as approved by the Environment Agency to protect the boulder clay strata of the site.

“Lots of practices claimed to build contemporary homes, but only John and Keith really understood the modernist principles I was looking for. The minute we sat down we had an instant rapport. Having an open and direct relationship with the architect is crucial to realising our dream home and an ‘overly detailed’ brief for helping the architects to gain a thorough insight into their modernist vision. As a result, John and Keith could establish a clear outline for what Cefn Castell should look and feel like long before the construction teams set foot on the site. When John and myself first met amongst the rubble of the cottage, we pulled out a couple of deckchairs and we just sat there talking about architecture. Communication is half the battle with these things. If you can get on with someone that easily, you know it’s got the potential for success.” Client

Architect: Stephenson STUDIO. For further details on the design and delivery team, please contact the Architects.