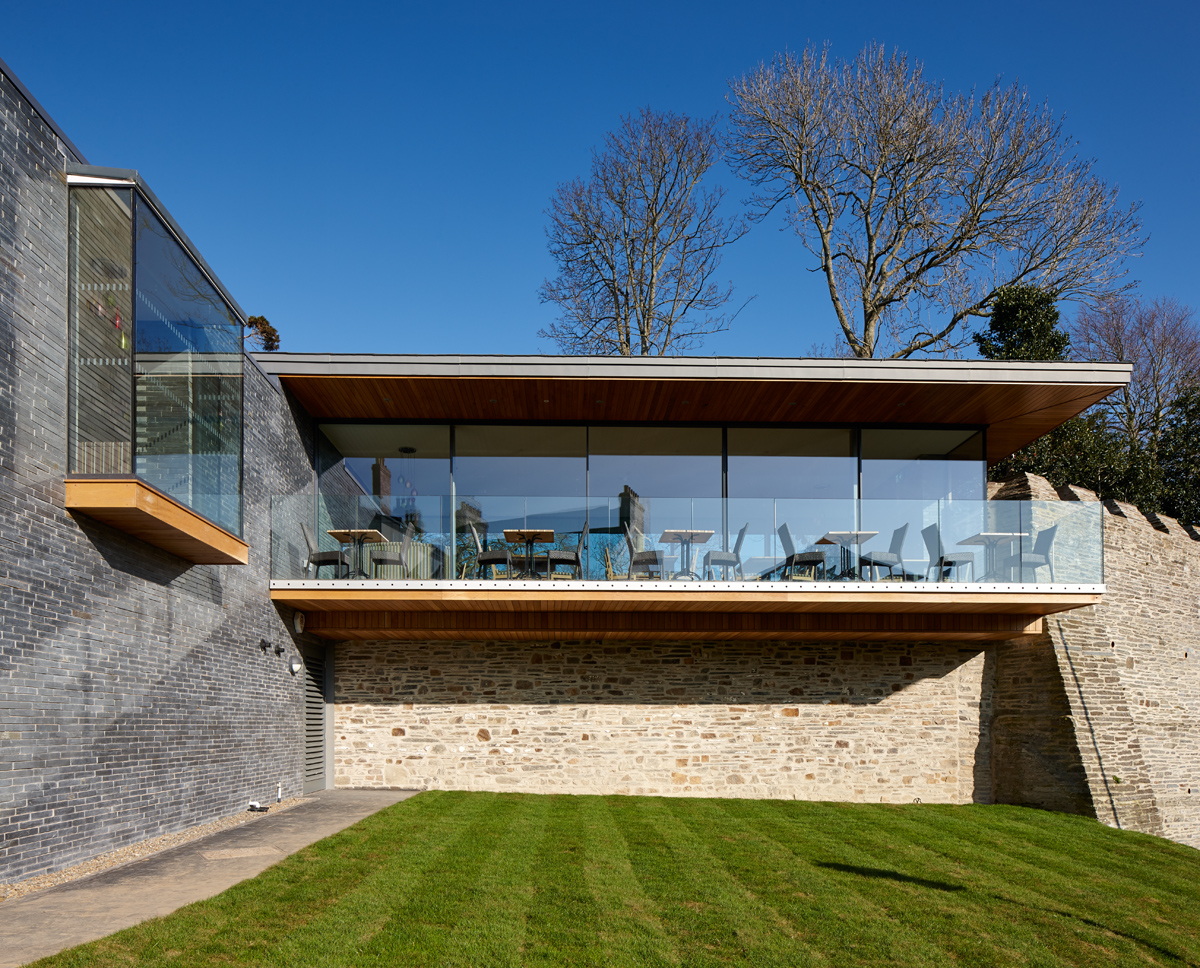 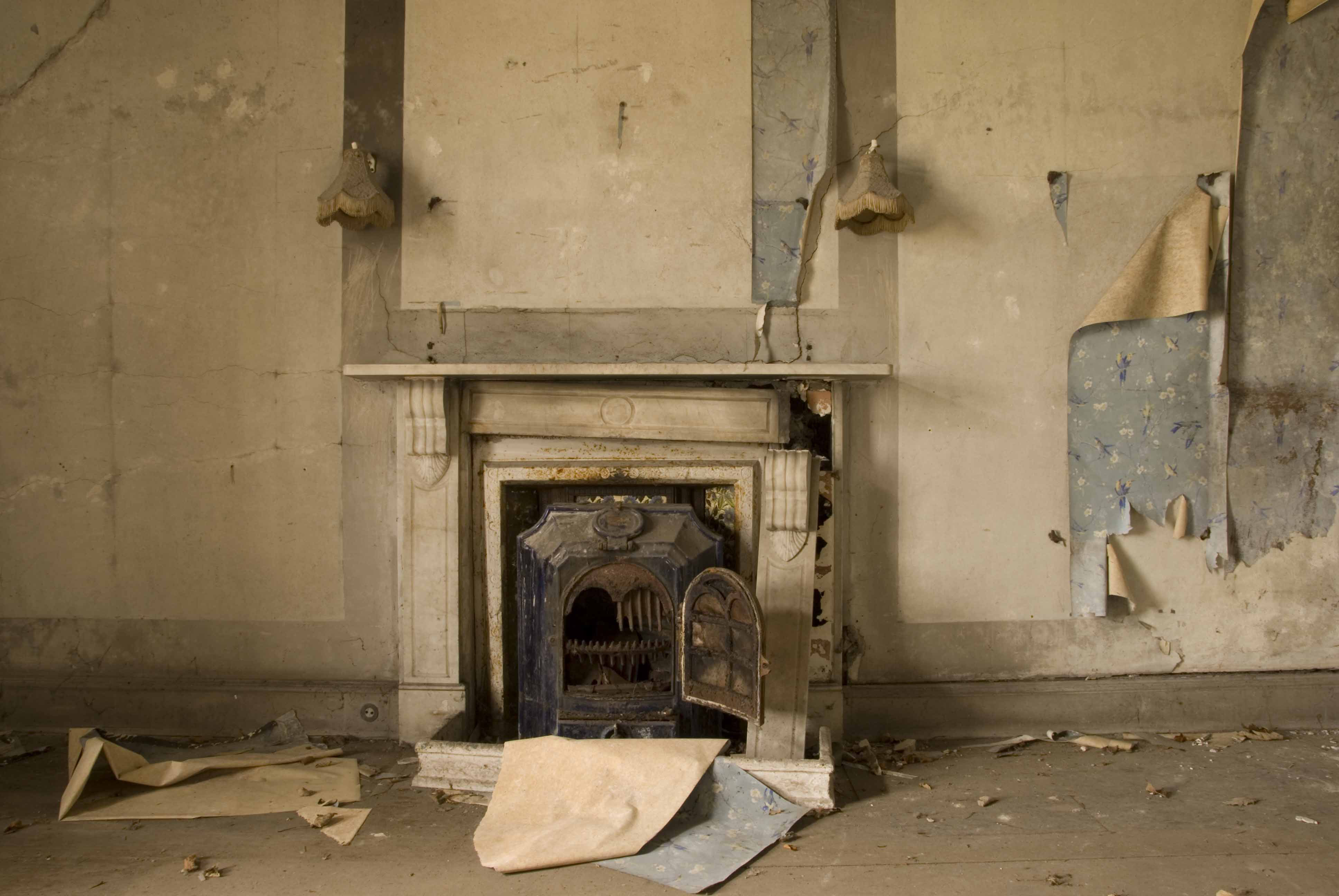 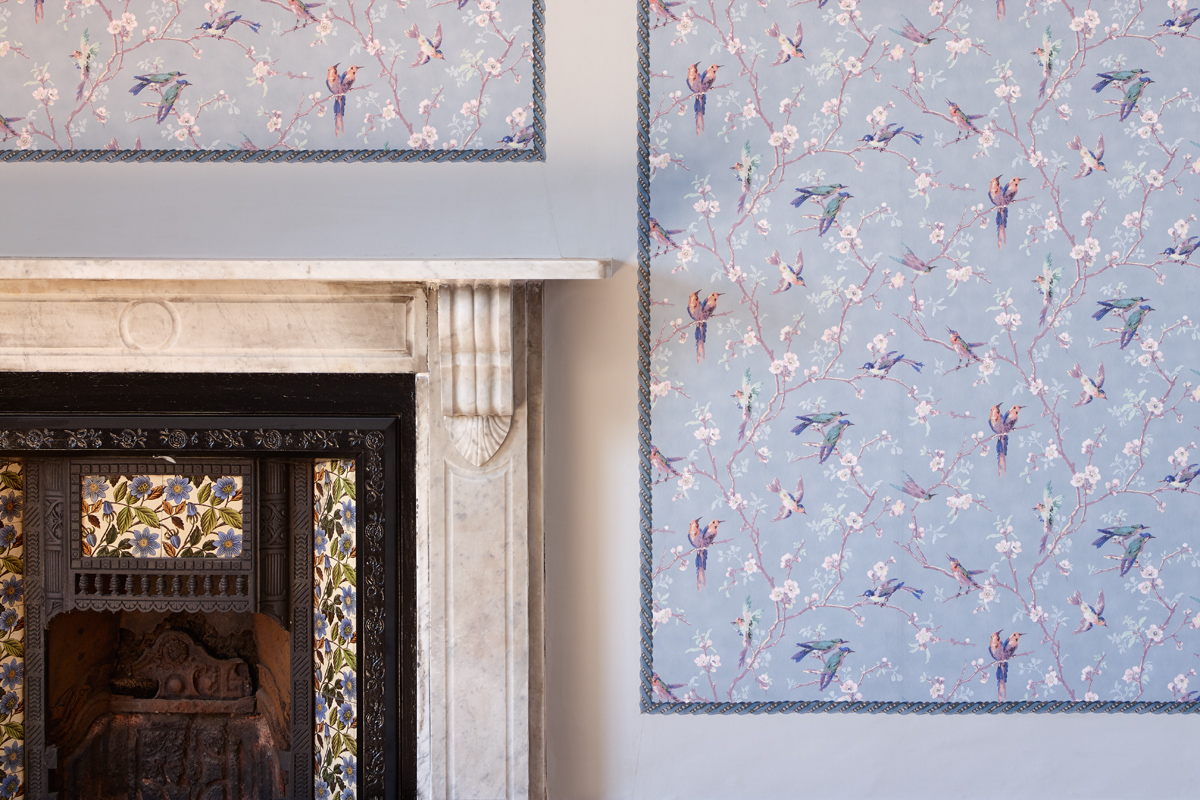 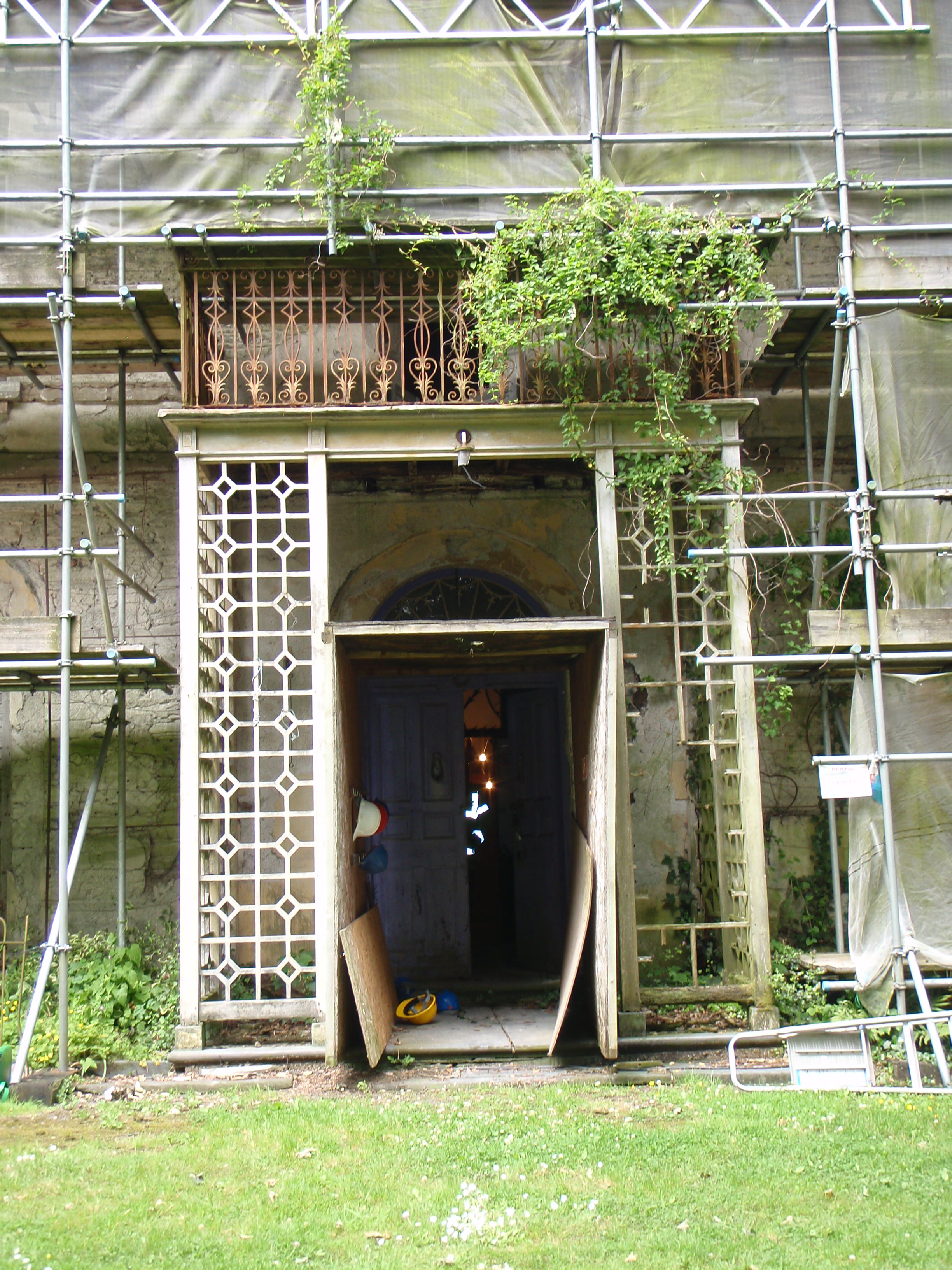 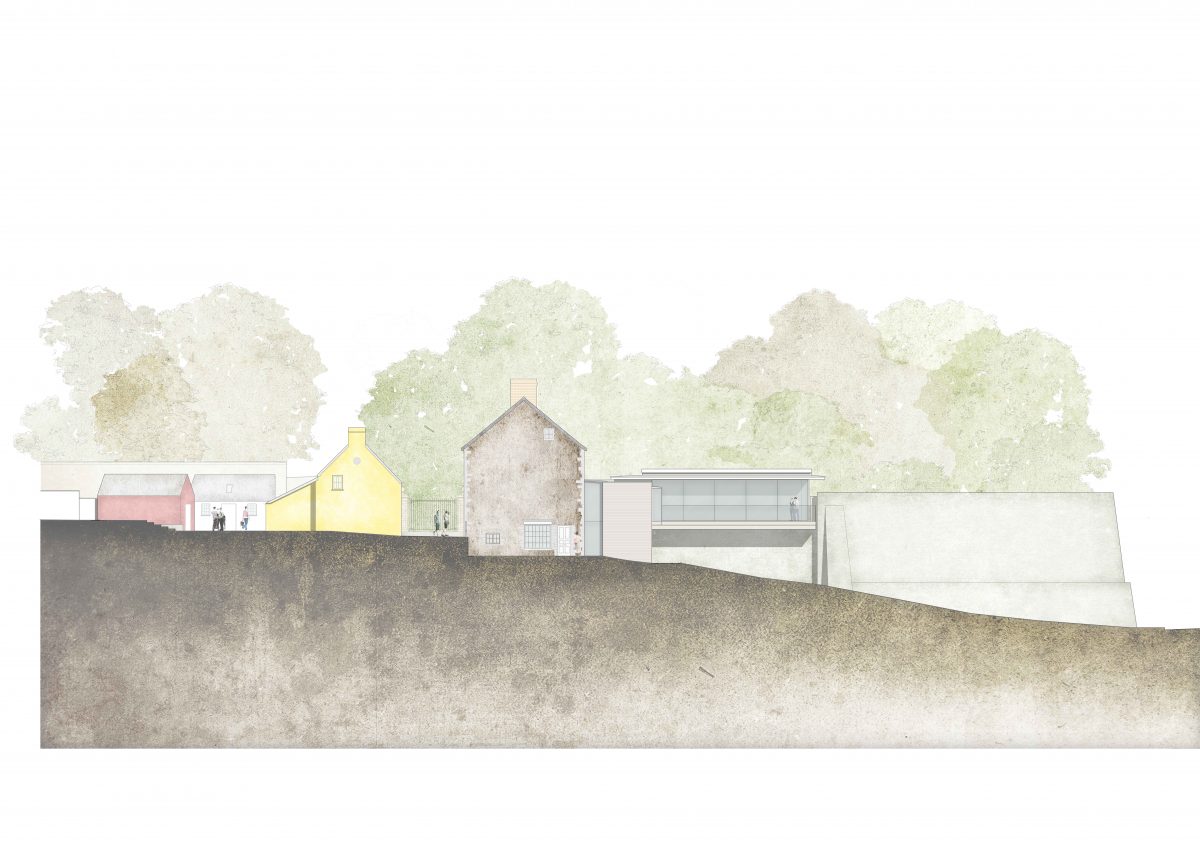 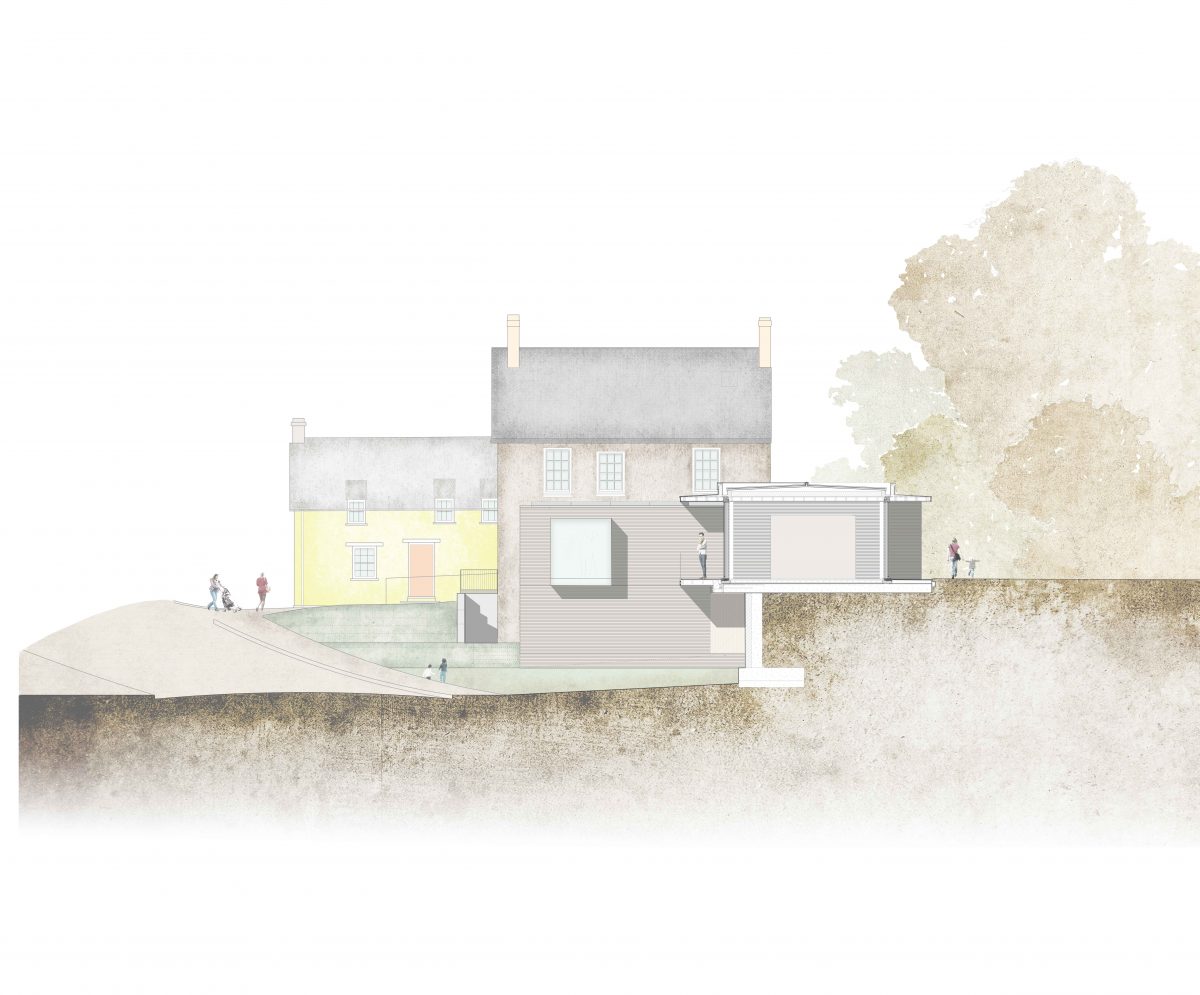 The Cadwgan Trust commissioned Purcell in 2005 to undertake an initial condition survey and an options appraisal. Purcell led the Trust’s fundraising efforts, eventually securing £12.5m, and was subsequently commissioned to implement the proposals.

Purcell worked closely with Cadw to develop a high quality, appropriate design to compliment this complex scheduled ancient monument site. The restaurant over-sails a section of rebuilt castle wall that had collapsed in the 1980s, providing views across the river Teifi and back across the castle gardens. Ecologists, historic landscape consultants and archaeologists worked closely to preserve and enhance the rich features of the site.

Local materials and labour were used wherever possible. Building apprenticeships delivered traditional building skills: slate roofs, joinery repairs, decorative plasterwork and masonry. Over 80 jobs were created during construction phase and the project provided a case study for the qualification of two architects.

Raking shores had propped the main southern walls since the 1970s and major structural and civil engineering works were necessary. The walls were strengthened by forming clusters of Cintec anchors to lock back the wall face and voids behind filled with semi-thixotropic grout. A local Cilgerran slate quarry was reopened to provide stone for repairs, and vast areas of wall were repointed.

The repair and conservation of the buildings focused on creating a series of commercial spaces while sensitively restoring historic features. It was important to ensure that the buildings’ character, identity and significant features were respected with sympathetic modern interventions.

Services carefully weave through complex, below ground archaeology. Lime plaster finishes, decorative cornice-work, timber box guttery, carpentry and joinery elements were restored. Wallpaper dating from the 1920s, originally printed using a wet on wet drum process, has been digitally recreated in the main house. To re-roof the north tower and remove a central column, a reinforced ring beam was inserted with an additional steel structure to resist the outward thrust of the conical roof. This has created a space available for hire as a seminar/reception room.

The project is now fully accessible as much as is possible within the limitations of listed buildings on a sloping site. This was achieved through altering historic details to create level thresholds, sensitively inserting a lift into Castle Green House and thoughtfully integrating wayfinding around the site.

The project did encounter some challenges. A market appraisal by the Trust after the HLF Round II grant award led to changes of use of many of the buildings at a late stage to meet an increased emphasis on commercial holiday accommodation and function hire. The HLF and other funders have proved to be enormously supportive with a second £800k HLF grant awarded to bridge the ensuing shortfall. As anticipated by the project team, additional archaeology was uncovered including medieval cellars. Works were suspended while these findings were excavated and recorded.

The castle is a Grade I listed scheduled ancient monument, comprising six separately listed buildings. This, and the overall budgetary constraints of a project which was 99% grant funded, provided challenges to the environmental upgrade of the buildings. Bringing these important buildings back into use, and thereby re-using the embodied energy in their construction, was an important factor in the sustainability thinking behind the project.

Ecology across the site has been considerably enhanced by the landscape management. Many important specimen species of trees and plants from the 19th century have been maintained. Castle Green House is a nationally important roost for greater horseshoe bats. Redevelopment involved extensive negotiation with Natural Resources Wales and local bat groups. The bat roost in the medieval cellar was maintained throughout the construction phase, and work was carefully organised to allow the bats continual access. A tunnel and shaft through the house is built into the fabric so that the bats can link to the roof space, which is also given over to bat use. Bats then enter and leave via special bat access dormers in the roof space. Barn owl nesting boxes have also been provided in the roof space. A belt of undergrowth has been maintained from the house down to the river edge where the bats feed.

All the windows were installed with slimline double glazed sash windows with an outer leaf of handmade cylinder glass. All the proposals required careful negotiation with Cadw and the local authority. The Grade II listed stables complex also had slimline double-glazed units installed in all the windows and had a full 200mm depth of roof insulation.

“The remarkable story of the saving of Cardigan Castle started over ten years ago and is a triumph of public, community drive and commitment. Without the will and passion of the local people, the castle wall and associated buildings would almost certainly have been lost. Not only have the architects Purcell created a new, valuable and beautiful destination for the town, but the project has also unlocked and opened up entry into the town.” The RIBA Awards 2016 judges

Architect: Purcell. For further details on the design and delivery team, please contact the Architects.